All too often when we're told a person has dementia (or any other illness/disease/disability for that matter) our response is to say 'oh'.  What we actually mean is 'oh no, how awful for you all'.  I did this myself only the other day when told someone had Motor Neurone Disease and I really should know better.   I was cross with myself because I only saw the disease not the person behind it,  I saw the difficulties not the skills that person still had and I instantly assumed that their life had suddenly become difficult.

The problem with dementia is that all we hear about are the negatives.  The reduced cognitive abilities, the confusion, the frustration, the anger, the distress.  People rarely tell us about the pluses or about how to turn those negatives into positives (although I hope that, if you're reading this blog, you're learning fast) and so it's the complications we focus on.  By doing that however we are forgetting the person we once knew and, suddenly, they become their dementia which is sad as a great deal of who they were is still there.   Ash still has a great sense of humour, he can answer far more questions on quiz shows than I can, he can still beat me at scrabble, what he can't manage is to do any of these things if he feels under pressure.  If we go out with friends in a four (and they remember not to ask questions) he's just like his old self, if we're in a large group he won't join in;  if we're on the roads in this country his driving is as good as it ever was, if we have a hire car abroad he's permanently nervous.  The trick is working out how to remove the stress then I have the old Ash back and the dementia fades into the background.

A friend in my village has the most beautiful reading voice (another friend told me the other day that she could listen to him reading the telephone directory for hours) and, as I recently discovered, an amazing singing voice too.  This was lucky because I don't but I could follow him at the village event we went to recently and it made the whole experience absolutely wonderful.  He is intelligent, has a great sense of humour and he also has Parkinsons disease possibly with some dementia thrown in for good measure.  The thing is that, in our community, he is not defined by the Parkinsons he is defined by our knowledge of him.

Last week I wrote about the friend who was making some changes so that Ash could join them as usual to go bush beating.  Again she was looking past his dementia to what he is capable of doing and how useful he and his four-legged friend are to them on the day.  That day was yesterday.  He went along with the dog, had a brilliant time and is so full of energy today that he doesn't know which job to start first.

In both of these instances respect comes before the disease and that is so important to self-esteem, not only in the person themselves but in everyone else affected by the situation.  You don't know how good I felt having someone say to me 'of course we want Ash and the dog, we can't manage without them' and for them to put those changes in place not to be kind but because they really needed him.

That respect needs to be honest though.  If you are doing something to be kind that will still be an amazing example of friendship but it won't have the same effect. 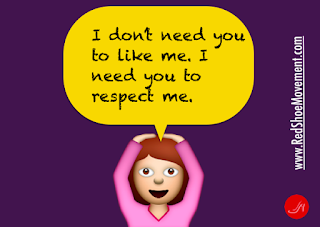