December 27, 2018
This Christmas was so different to the last one and in such a good way.  Just as in 2017 we spent the day with family and friends but this year there was no feeling of panic bubbling away under the surface, no sense of despair as I felt my world spiraling out of control and no grieving for the life I thought we would have but was now gone.  This year I was full of hope, plans for the future and a feeling that everything will be ok.  Contrary to what some people might think however I do not live in a fantasy world.  The hope that I have and the plans I have made are based in reality.  I know that life may get more difficult but nothing stays the same and having a plan allows me to be flexible when I need to be.  I'm not saying life over the past few days has been without it's difficulties but where necessary we quickly made changes and the minor blips were overcome.  Ash coped with four extra people staying in the house, one of them a very excited 5 year old; with sleeping in the summer house (AKA The Shed); with programmes other than The Chase on the television; with bacon and egg for breakfast instead of his usual toasted sandwich and with a large group over lunch on Christmas Day.  The only time he really struggled was each evening at bed time but by the time we were in bed and settled down he was fine.  I think that's pretty impressive.  So what have I learnt over this Christmas week?


So again I will say that what's needed when living a life affected by dementia is careful planning and plenty of flexibility.  With both of those not only is it possible to live a full life but, as we've just discovered, it's also possible for someone with dementia to cope with an 'out of the ordinary' time of year. 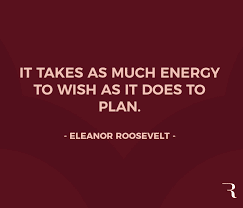