Christmas is coming and all is (almost) calm

December 23, 2018
No idea when or if I'll get chance to post again before Thursday so thought I'd get one in now.  Currently getting the house ready for Christmas with all that entails including cleaning floors which is a never ending job when you live at the end of a track and have a dog.  Usually I time it for when Ash takes said dog out for a long walk in the afternoon but today I'll be collecting my mum at that point so have just done it and will try to ignore the muddy paw prints when I get back later.  Ash was looking a little bewildered this morning as I was making beds and I was slightly worried it was all going to go pear shaped so I slowed my movements right down to a leisurely pace, cleared the pressure from my face and just (slowly) got on with it.  As I keep saying, I'm not a saint and so hope you'll appreciate how hard this was for me but it was definitely worth it.  The bewilderment disappeared, he discovered that firewood needed dealing with and off he went to spend an hour or two out in the rain with the the dog and the log splitter.  You might be feeling sorry for Ash at this point but don't be.  Splitting logs and being outside in the rain are two of his favourite past times.

The last few days have actually been a very interesting experience.  I was concerned that the change in routine would have an adverse effect on Ash's mental state and several times we've been on the verge of everything collapsing around us but each time I've managed to notice in time, beat a hasty retreat and all has been saved.  Think this just goes to show that it's not always changes that are a problem but how stressed the rest of us are when dealing with those changes.  A person affected by dementia picks up on body language very easily so it's up to us to make sure we're sending out the right messages. 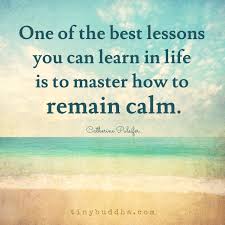 Lesley said…
That quote is such a good one! It has taken me a long time and I still 'lose it' far too regularly, but I do now know that remaining calm makes life SO much easier, and I make a concerted effort to keep my cool and NOT get stressed! As I say, I don't always manage it but it is definitely an aim. Have a beautiful calm and chilled Christmas!

Unknown said…
The Chainsaw is an apparatus in the Scorched Earth-DLC of ARK: Survival Evolved. The cutting apparatus is a ground-breaking weapon, while in the meantime, extraordinary at reaping. It is found in yellow drops on the Scorched Earth DLC. It utilizes Gasoline as Fuel/Ammo.
http://bestconsumersreview.activeboard.com/