December 15, 2018
You may have realised by now that thanks to the Contented Dementia Trust 'contented dementia' is my mantra and everything I do revolves around keeping Ash calm and relaxed.  This sounds as though it could be hard work and sometimes it is but it does mean that our lives now are 100% better than they were this time last year so I think it's worth it.  To do it successfully means that sometimes I have to think on my feet and I always need to have the question in my head 'is what was planned really important?'  Having this at the forefront of my thinking means that it's possible to be flexible and life is easier.  This morning I'd planned to go into the local town for some random shopping (wrapping paper, sausages and a newspaper) while stopping for coffee/tea and cheese scones in a cafe we like.  We would then head off to get the tree before spending the afternoon focused on Christmas decorations, card writing and present wrapping.  I have a need to link events like this so that everything runs seamlessly but Ash doesn't think in the same way so when I mentioned my plan he thought we could go to the nature reserve (10 miles in the wrong direction) for the coffee/tea.  I have to speed up my thought process when this happens because any pause before a reply makes him think he's suggested something difficult and then he gets anxious and cross so my first thought was 'why not?'  The answer was 'no reason' so that was quick and easy.  It meant a longer and slightly less seamless version of the day but the reward was a chatty coffee break, everything bought, decorations up, cards written and presents wrapped in contented company.  It may have taken a little longer but that really wasn't the end of the world.  Seeking contentment I have come to realise is the way forward when dealing with dementia but I have a feeling that it might be a plan for other avenues of life too. 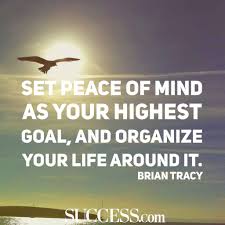