December 10, 2018
Until dementia entered our lives Ash was always the capable one in our relationship.  I never really needed to learn how to do anything new because he could do everything I needed him to.  He dealt with the personal finances and his business accounts; he renovated the house; he did the decorating; he mowed the lawn; he kept the garden weed free; he did the cooking; he did the grocery shopping; he organised camping trips; he kept the car in reasonable shape and amongst all of this he somehow found time to act as treasurer on a couple of local committees.  Then dementia crept up on us and these abilities began to fall by the wayside.  The worst thing was that Ash knew he was struggling to do all the things he used to do without thinking but had no idea why and I thought he was just losing interest in all he used to hold dear.  Since those heady and carefree days (for me at least) began to draw to a close I have had to learn an awful lot of new skills some (decorating springs to mind) just to support him and others (finances) because he becomes anxious and confused.  For a while I resented this (after all didn't I have enough to do?) but recently I've become quite proud of myself.  I can now balance the bank statements and keep us in the black; I'm beginning to know the difference between a flower and a weed; I have re-learnt how to cook and create healthy dishes from scratch on almost every day of the week; I'm not afraid of getting the paint tins out of the shed and putting the paint on the walls; I organise the grocery shopping every week and we rarely run out and on and on.  I haven't mastered every job Ash used to do in the natural course of our lives but there's not much I avoid.  I think where I have failed to learn new skills it's because Ash still has them and so there is no need for me to put myself out but what I'm starting to realise is that all of this has given me a new found confidence.   If he can't do something I get on the internet and learn how.  Recently I bought a birthday card for a friend which said 'Turns out being a grown-up is mostly about googling how to do things' and that's certainly true for me.  Suddenly I feel very grown up and probably for the first time in my life.  The new skill thing was brought home last week when I was in the local fish and chip shop.  There are certain things we never did when I was growing up and eating fish and chips from the chippy was one of them so when we got married Ash always went to collect them.  Now he can't cope with ordering and queuing so if we want them it has to be me that goes.  And there you have it, turns out for me being a grown up is being able to go into a fish and chip shop and come out with a meal. 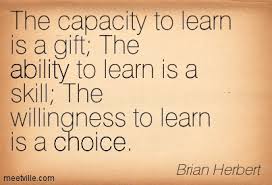