December 20, 2018
Today is exactly one year on from the day of Ash's diagnosis.  The day when we fell into a pit of despair from which I thought there was no way out.  Ash went white and stopped talking, I couldn't stop crying and we really thought our world had come to an end.  In private I cried through most of Christmas and then almost every day for the next three months.  At one point I cried for 3 days solid and all the way through one team meeting at work (although, luckily, it was a powerpoint presentation and the lights were off).  So where are we today and how have things improved?

Then Ash had no idea who our friends were when he met them out dog walking; now he not only recognises them but sometimes stops for a chat and remembers to tell me about it afterwards.

Then he would wake in a morning and lay rigid with fear at the prospect of the day ahead; now most mornings he wakes up smiling and making jokes.

Then if we were with family or friends he would sit silently on the edge of the group looking in; now he joins in with conversations and even starts them.

Then he seemed permanently angry with me and the rest of the world; now he's his old smiley self who can make me laugh on a daily basis.

Then he wouldn't ask for help but got cross or anxious when he couldn't do something; now he just lets me know when he's not sure about something and we sort it out together.

Things have changed so much over the past 12 months and almost all of it for the better.  In fact there are so many examples of how life has improved that I could go on and on but you'd get bored.  I will say though that in this run up to Christmas we've still done the cards together, we've still discussed and chosen most of the presents together, we've still wrapped everything together (not quite as slick an operation as usual but still much better than if I'd had to do it on my own), we've still put the decorations up together, we've still chosen and collected the tree together and really there isn't too much to choose between this Christmas and any other.  The only things I would say are different is that Ash hasn't bought me a card and Jake has organised my present but I've gathered through comments of others that he was more unusual the years he did those things himself than this year when he hasn't.

So the lesson here, and the one I'd like you to tell anyone you know in a similar situation, is that the world does not come to an end with a diagnosis of dementia.  It certainly changes and you need to change with it (for the better in my case I think) but life can improve if you have the right attitude.  Don't give up and don't believe those out there who are martyrs to the cause.  There is another way. 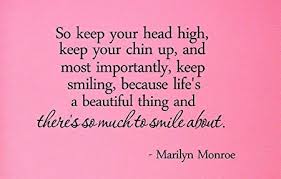 Lesley said…
This is so fantastic! You have tackled this head-on and shown how much can be achieved when you refuse to give in and, instead, address the problems with an open mind and a willingness to adapt. I'd love to be able to 'share' this - is it possible/would you mind?

Jane said…
I'd love it if you shared it. There really are so many people with dementia who could be living a completely different life if they just tried thinking outside the box. Not sure how you share it but if you can work it out that would be great.
20 December 2018 at 23:25

Sarah H said…
Brilliant! You two are such an inspiration and it is easy to see how your tactics are having such a positive effect on Ash. Your writing could change things for the better for so many people ...
Oh ... and don’t ever cry on your own for that long again - there are lots of us here to give you both practical and emotional support whenever you need it.

Lesley said…
I'm with Sarah - horrified to think of you feeling so low completely alone. I know we are a long way away but pick up the phone and have a sob and/or natter whenever necessary. xx
21 December 2018 at 10:42

Jane said…
To be honest I think it was something I had to get through on my own and finally, having cried it all out, it was time to move on and find another way. That has been far more therapeutic than anything else I have ever done. Also I did know everyone was there if I needed them which really helped.
21 December 2018 at 12:24