December 22, 2018
We often hear about dementia causing changes to a loved one's personality and these stories are most often seen as detrimental.  People talk about aggression, anger, paranoia, loss of confidence, confusion and other things in the same vein.  Of course these things do happen and I have seen examples of some of these at various points over the past few years as Ash's dementia crept slowly onward.  Now however I am noticing other differences and all of them for the better.

Decorating: We've gone from cream throughout so that I could avoid looking at stray splashes of colour on various surfaces to a feature wall in each room carefully painted with neat edges and corners.  The colour on each feature wall was also chosen by the man who, until now, really didn't care what went on as long as it was quick and easy to apply.

An awareness of health and safety:  The man whose favourite phrase was 'stop worrying, it'll be alright' as he planned some new hair brained scheme has begun to plan, risk assess and slow down.  He no longer drags me to the top of the highest hill while ignoring the fact that I'm scared of heights but, instead, makes sure I can get down safely before he takes me up in the first place.  This is not a bad thing.

An ability to empathise:  Ash was always too busy moving quickly through life to pay much attention to those more vulnerable than himself and when he did notice he was himself so fit and healthy that he really didn't know how to react.  Now he can spend ages talking to the elderly and infirm, to those with issues, to those who have difficulty dealing with life by themselves.  He offers practical help or just walks alongside them chatting and feeling at ease in their company.  This is something he would have found so difficult pre-dementia but now he seems to understand that they need support as much as he does.

So once again we see how something can be looked at in more than one way.  We can choose to see the difficulties (we miss the person they were) or we can look at the positives (we quite like some of the new bits we're seeing and they give us something to build on).  How we view this new life is up to us. 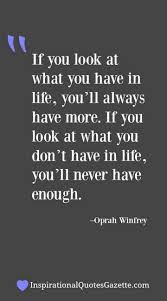