Pride comes before a fall

December 09, 2018
I really should know better by now.   That feeling that things are too good to be true?  Well there it was.  We've been pottering along for what seems like weeks, everything well in our world and life really couldn't have been better when wham!  suddenly Ash is cross with me for being cross with him.  This came out of nowhere and the problem was that neither of us knew what particular event he was talking about.  Me because I genuinely hadn't been irritated, cross or annoyed about one single thing he'd done and him because he just knew it as a feeling but couldn't remember what had sparked it.  I know exactly what I should have done which was to remain calm, reassure him that all was fine and carry on as before but hindsight is a wonderful thing and what I actually did was get cross mainly because I've been putting so much effort into staying calm and relaxed that sometimes I'm quite exhausted by it all and it seemed that all that effort had been a complete waste of time.  What made this episode more difficult was that it happened just as I was about to get ready for a night out which meant that my make-up skills (rarely in use at the best of times) were really put to the test just so that I could get out of the door with some semblance of normality on my face.  As long as no-one looked into my soul I'd be fine and let's face it no-one was going to do that when there was food and wine on offer.  This is a prime example of how important it is to avoid complacency, to know that if dementia is in your life it's always lurking just around the corner and that even if you have the patience of a saint (and I really don't) when you're caught unawares things will almost always fall apart,  One interesting thing that came about towards the end of the heated discussion was when Ash started the question thing.  Those of you who've been following this may remember that the Contented Dementia team say if your loved one keeps asking the same question then you haven't given the right answer and I think this is because the questions are related to their anxieties.  Ash hasn't asked questions for a very long time and I was congratulating myself on the fact that I was making him feel safe in his world. Last night he kept asking two specific questions and I answered vaguely just because I was so tired by it all.  Eventually I realised what was happening and answered yes to the first question and no to the second.  Problem solved.  Just wish I'd thought of it sooner.

This morning we were back to 'normal' life, have had a lovely day and it's as though the difficulties of yesterday evening never happened.  Such is life with dementia. 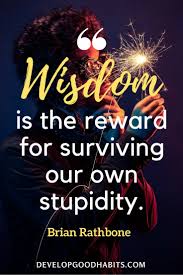