Support (or lack of it) in all it's guises

December 30, 2018
I hear a lot from people whose friends have abandoned them once a diagnosis of dementia enters their lives, who are left to muddle through as best they can, whose families argue amongst themselves over the best way to deal with the situation and whose acquaintances can't see a problem. Everyone's situation is different however and as far as we're concerned we've been very lucky.  Jake came on that initial course with me and so we sing from the same hymn sheet and he is always there if I need him while friends have been extraordinarily supportive with invitations to events, short breaks and suppers most definitely not in short supply.  Not only that but there is always a plan in place to make sure Ash can cope with whatever social situation we're in which means he's relaxed when we go to anything as he doesn't find any of them difficult.  If he doesn't want to go for whatever reason (usually because there will be too many people) I go on my own and everyone understands.  This feeling of loyalty from almost everyone we know has, at times, been breathtaking and I really feel that we wouldn't be where we are now without it.

That's the good but then we get to our GP surgery who really should know better.  Last year, before dementia was diagnosed, Ash was being treated for anxiety and hypertension which meant regular check-ups.  At the beginning of this year, following his diagnosis, the surgery kept phoning and making appointments with him which he promptly forgot about.  Not only that but the appointments were made with no thought as to whether I was available to go with him.  If he went without me he was not only incredibly nervous but at the end of the visit couldn't remember what had been said.  Twice this happened in a very short space of time and each time I phoned to rearrange the appointment, explained that he had dementia and asked them to not only make sure this information was prominent in his notes but in future to make appointments direct with me.  Ash had already signed a form to say they could discuss his medical difficulties with me so there really shouldn't have been a problem.  Then it happened again and I started to stress so I emailed the surgery in the early hours one day last April to explain the situation and ask that they contact me to make any future appointments and to make sure it was obvious in Ash's notes that he had dementia.  I didn't receive a reply but assumed, foolishly it appears, that the matter would be dealt with.  Cut to last Friday when I happened to look in the diary and saw that Ash had written an appointment in for 7th January.  He had no recollection of the appointment being made and I can't go with him so I phoned to change it and once again explained the situation.  The receptionist said that there was 'nothing on the front screen' so they wouldn't have known about the dementia and I pointed out that wasn't my fault.  Her response?  'It's not mine either!'  I seethed for a while and then emailed the surgery asking for a copy of their complaints procedure.  Again they didn't bother replying.  I have now looked more closely at their website and it appears that I have to go into the surgery (a round trip of 10 miles) to pick up a complaints pack.  I have emailed again asking that they send me an electronic version and am now waiting to see what happens.  It seems it's a good thing we don't currently have to rely on the support of the health service as that support is almost non existent and has been since the very beginning. 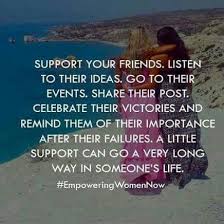 Lesley said…
You need so much energy for this sort of thing - it can get physically and emotionally exhausting. People who are ill don't have the capability to keep shouting and so need someone to advocate for them - thank goodness, at least, that Ash is happy for you to do this. Good luck with your complaint procedure - I hope it makes a swift and obvious difference! (PS Rob had a letter just before Christmas - it had taken a whole month to reach him and was a very terse complaint that he hadn't turned up for an appointment on the day he was in the hospital having his first Stelara infusion!!! He wouldn't let me draft a response (which would have been brief and to the point!) and still hasn't had the energy to do it himself.)

Jane said…
I am always very grateful that we don't live in the US but it does seem that common sense and joined up thinking are lacking in our health service. This is also the surgery where, when I went in to ask for something to stop me crying, failed to tell me that the County Council run a support service for family and friends of people with dementia. It took me another six months to discover that information through trawling the internet in the early hours when I couldn't sleep.
30 December 2018 at 15:28

Lesley said…
Much of what we have learnt has been from support groups online. There are many things that have been poo-pooed by the doctors that have later been proved to be linked to the disease and recognised in other countries before here - so trust your instincts and keep an open mind. We are very grateful that worries about the illness aren't compounded by worries about insurance and financing though - our NHS may be flawed but it is an absolute gem of an institution in many ways and needs our support.
30 December 2018 at 16:53

Jane said…
Thank you but someone else has already leapt to my defence so it's all in hand. What would I do without friends?
31 December 2018 at 15:12

Unknown said…
I'm in Australia, but I think the problem you describe is global. I have fronto-tempoal dementia and live alone. Most of my friends are pretty supportive, with the odd incidents that suggest that they don't get it, but my real frustration is with the medical profession, who, as you say should have more understand it, but clearly don't in so many cases. I believe all GPs should have mandatory training, on a regular basis, because they need ot so badly. Also administration staff shoukd also receive training in what to do.
2 January 2019 at 03:51

Jane said…
It's very odd isn't it that the professionals who deal with this on a daily basis should find it so difficult to find out the absolute basics which will make life easier for those who rely on them. I should find it comforting that it doesn't just happen in the Uk but in fact it's actually quite depressing. Friends and family have been much more eager to discover what they can do to help.
2 January 2019 at 13:27