January 10, 2019
Sometimes when I'm tired this all becomes a little like hard work and I begin to reminisce about times gone by and how things were so different.  Today was one of those days and, through rose tinted spectacles, I remembered all the good times when Ash was mentally strong, capable, someone for me to lean on, someone who took life in his stride and didn't worry about a thing.  Then I took myself by the shoulders and gave myself a shake.  He has changed considerably over the past few years certainly since 2012 and, most noticeably, since 2015 but these changes aren't all for the worse I've decided.  Forgotten to lock the doors when we've left the house?  'Never mind it'll be ok' used to be the response.  Now he checks every door is locked before we leave and I'm not left wondering if we'll return to a burgled home.  Not got around to ordering more coal?  'Never mind we can always drive down to the coal yard and collect a bag to keep us going' used to be the response.  Now he orders on a regular basis and we haven't run out once this winter.  This is a first.  A new speed restriction that you've missed?  'Never mind it'll be ok, there aren't any cameras' used to be the response.  Now he sticks to every speed limit with great accuracy which is obviously safer for everyone concerned.  It is a little odd living with this new person but I'm getting used to it and I find that the further we get from the person he used to be the dimmer is the memory.   I still love him and, luckily, I still like him.  Most of the time he's still fun to be around the only thing is I'm not sure where my best friend went to and sometimes that makes me sad. 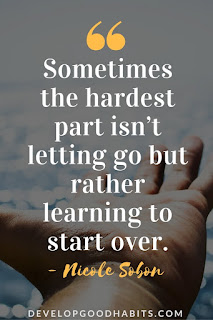