January 05, 2019
At the memory clinic when we were given the diagnosis my first question was 'will he still be allowed to drive?'.  The Dr said that we would have to tell the DVLA and they would then get in touch with her and ask for her opinion before making a decision.  She asked what I thought and I said without hesitation that he didn't have a problem with driving.  Ash was an advanced driver with our local police force for 30 years and even if his reactions weren't what they used to be he was still better than 99% of the driving population but we were both still anxious.  On the day we filled in the form Ash was grey with worry and, although I tried to hide it, I was concerned too.  We live in a very small village and if he couldn't drive he would lose all of his independence and I could see his health deteriorating rapidly.  Luckily the DVLA listened to the advice and issued a licence for one year.  Twelve months on, as his health and well being have improved so have his driving skills and there are no concerns whatsoever.   What we see here then is that having dementia does not mean the end of driving.  It's skill that's important not the diagnosis.  As I often say however I don't live in a fantasy world.  My mum would still be driving at the age of 89 and 3/4  if I hadn't taken away the keys two years ago.  I did this because she was totally unsafe and every time I visited there was another dent in the car or yet again the wing mirror was hanging by a thread because (in her words) someone had got too close as they drove towards her!    I realise there will come a time when Ash won't be able to drive and when that time comes it will be up to me to recognise the signs.  This is another instance of paying attention and acting accordingly.  When he drove in Florida in 2017 he was so nervous I didn't recognise him, the moment we left Gatwick on our return and found ourselves on the M25 however he was perfectly at home and supremely confident.  I have taken this on board and now arrange holidays abroad so that we don't need a hire car.  In the UK there are no such problems so we go on as we were.  What I really want to say here is that you shouldn't panic about the car situation just because dementia has entered your lives.  Instead consider the driving skills of the person with dementia and make a judgement based on those skills.  A friend recently shared the following link with me and it gives what is almost a check list.  Have a look at it and see if you recognise anything on it then make a decision.   www.ncl.ac.uk/press/articles/latest/2018/12/drivingwithdementia/?utm_source=fb&utm_medium=social&utm_campaign=university-news-promotion&utm_term=link&utm_content=drivingwithdementia&fbclid=IwAR3k6VmA01udcTHsidJa0YcnocLtUaweyNYt5kjOcXiDx8c9LiYHn_1wIHQ

Again please feel free to share this if you know of anyone who may find it useful.  Just click on the funny shape top right of the post. 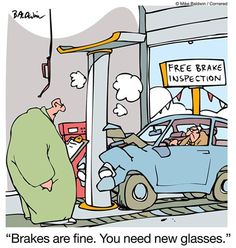