January 21, 2019
A few days ago I wrote about becoming a grown up; putting wills in place, applying for a Power of Attorney for each of us and generally putting all the legal stuff in place so that I can relax in the knowledge that, as the dementia tightens its grip, I will have some control over what happens next.  A friend then got in touch to say that she had someone going to visit to help her do just what I'd written about, specifically the Power of Attorney forms.  I am so pleased that she has that help but am so cross that in my county  if there is help out there it's up to me to go and find it.  All over again I've realised that since 20th December 2017 we have been completely on our own.  Not one organisation has contacted us to see if we need assistance or to suggest they come and help us discover what's out there.   Luckily for us my mum and stepfather put LPAs in place a few years ago and I'm named in both so I had an idea they would be needed but no-one actually suggested it to us.  Also luckily for us I read that you can now complete the applications on-line which means it was much much cheaper than the £1000.00 it cost my parents who had to go through a solicitor (details at the end of this post).

In the same vein before Christmas the form arrived for us to reapply for Ash's driving license.  We completed and returned it then received a letter from the DVLA to say they were writing to the GP to ask his opinion.  That's when I realised that Ash hasn't seen a GP for at least 18 months which should tell you most of what you need to know about the support in our area.  I also realised that the licence expires a couple of weeks after we get back from holiday so there wasn't much margin for error.  I'm practical if nothing else so quickly made an appointment to see a new GP who we'd met last week (for a review of the anxiety medication, still nothing to do with dementia) so that we could discuss the driving situation with her and then phoned the DVLA asking them to contact that particular GP rather than the others who won't even recognise Ash never mind have a valid opinion of his driving abilities.

It really is a good job that my mind sees problems as they occur (and sometimes before) and that I'm capable of finding solutions to those problems but what if I wasn't?

Lasting Power of Attorney
If you want to do this yourself then go to www.gov.uk/power-of-attorney/make-lasting-power.  You complete the forms online, print them off, sign them then send them to the address specified.  You also need to nominate someone as a 'certificated person' who will talk through the completed from, sign it and then witness your signature(s).  If your LPA is likely to be complicated then you might want to go through a solicitor but if, like ours, your life is relatively simple then this might be the way to go.  The instructions are really clear and it's a step by step approach.

Free Wills Month
Again this is something I found for myself.  We started our wills last October which was Free Wills month.  If you go onto the website and type in your postcode you will be given a list of solicitors in your area who are taking part in the scheme.  You make an appointment, go along and they draw up your will for free.  In exchange you name a charity and leave a donation to them.  You don't have to do this but the charity pays for the will writing so it only seems fair.  If you want a straightforward will it doesn't cost you anything but if you want something a little more detailed then you will have to pay a top-up.  I've just seen that the next Free Wills month is March 2019 so if you too are thinking about becoming a grown up then it might be worth investigating.  https://freewillsmonth.org.uk/ 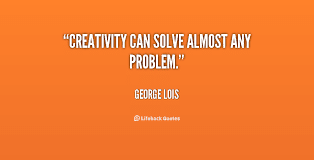