Life lessons from a 5 year old

January 20, 2019
Jake came over today to go for a walk with his dad and brought the 5 year old with him.  Before I knew that the little one was coming I'd planned to sort through Ash's clothes and get rid of what he no longer wore (anything that's not black) but was more than happy to spend a couple of hours playing and had thought of a few things to keep him occupied.  Well what do I know?  He burst through the door, beside himself with excitement, and announced we were going ice hunting.  While the 'big boys' went off with the dog, the five year old and I donned boots, scarves, coats, hats and gloves and out we went complete with spade for levering up ice sheets.  That time spent out on the field tracks with him were the best few hours I've spent in a long time.  What did he teach me?  To live in the moment, to look no further than the next puddle, to soak up the sunshine and take note of the effect it was having on the ice and frost.  No point in planning because there's no telling how far we'll have to go in search of the ice; no point in deciding how to deal with the next puddle as we won't know how thick the ice is or how much there'll be until we get there; the only point in collecting and saving the ice is to see how long it will take to melt and disappear, we certainly won't be hanging on to it.  So many realities which were also metaphors for dealing with life.  Live in the present; don't try to guess what's going to happen next; make the most of what you're doing now; don't expect things to stay the same;  look at the world with excitement and joy, there will always be something you haven't noticed before. 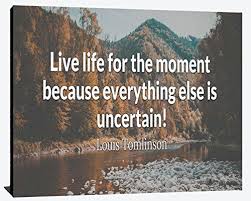