January 03, 2019
Last night we were invited to friends for supper and there were six of us which was a bit of an experiment.  Those of you who follow this blog will know that Ash is fine with four people when we go out but I hadn't tried six.  Having said that I had planned to try it out soon and these were the friends I was going to try it with so that was a good start.  Anyway there was a plan in place as usual; menus had been checked, topics of conversation thought out, the usual 'no questions' reminded about and we were good to go.  An added complication was that Ash had been out all day bush beating and I had no idea how he would cope when tired from all that fresh air but I'd warned the friends and said we might have to leave early which they understood so I thought we'd just go with the flow and see how it all went.  I'm so pleased to be able to tell you that it was a wonderful evening.  We ate fantastic curries, Ash joined in all conversations other than the political discussions which never interested him anyway, he made us all laugh with his jokes and comments and it was just like old times only better because we were both so relaxed.  Not only that but we didn't leave until 11.30.  When I think back to where we both were mentally this time last year I can't help but breathe a sigh of relief at how everything seems to be working out.  As I've said before I have no idea how long it will last or where we'll go from here but for now and for us it was a great start to 2019.

The other thing I keep forgetting to tell you all was about my Christmas presents.  I told you that Jake had offered to organise it all which seemed to be a great relief to Ash but what you don't know is that as soon as the pressure of having to choose my present was taken away from him he went out and bought me a beautiful pair of earrings.  Not only that but he chose them to match the necklace he bought me for my birthday!  Now do you remember what I said about the benefits of removing stress from your loved one's life? 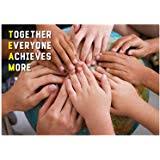