The difficulties of being a grown-up

January 18, 2019
Neither of us has been particularly good at acting as a grown-up in the past but I think I started to forge ahead around 5 years ago when we found ourselves in a situation which needed some form of control on our part.  Ash however still didn't see the necessity or maybe he did but buried his head in the sand hoping it would all go away.  Anyway recent events have brought everything to a head and suddenly there really is a need for a will and for Powers of Attorney to be put in place but how to do this without panicking him.  I have read of others where their loved one is in denial about the situation and refuses to sign or has no idea how their mental state has deteriorated and doesn't feel it's necessary quite yet.  The problem there is that suddenly it's too late and nothing is in place.  In our case I suggested it was about time we both made a will, Ash agreed and we went along to put it all down in writing.  No problem there but then the solicitor wrote wanting to discuss what would happen if Ash needed to go into care and I couldn't think how I was going to have that discussion without scaring him.  In the end I went on my own, discussed the options, made the decisions then came home to have the conversation just the two of us but without mentioning care homes.  Problem sorted and we're going in to sign next week.  Next came Powers of Attorney.  This was slightly more difficult but again I suggested that it was about time we both had them and he agreed although wasn't sure what the rush was about.  You can now complete them on-line so Ash decided to do his own which, in theory, was a great idea.  They're not complicated and what could possibly go wrong?  What I had forgotten is that point about him not wanting to be a grown-up.  He hated doing stuff like this before dementia so it was unlikely to be any easier post diagnosis.  The result was one very stressed man huffing, puffing and getting more confused by the minute.  We got through it but I'm so pleased I hadn't put it off any longer.  What I needed to remember however is that this really is how his personality plays out when confronted with almost any adult situation.  This is him.  It's not his dementia, his age or his ability he just hates facing up to reality and I had to work around that.  If I'd said (as some others apparently do) 'we need to get paperwork in place ready for when you're unable to make decisions' he would have gone into freefall.   Instead we're both coming out of this relatively unscathed and life goes on much as it has for a while.  The moral?  Do all of the legal stuff sooner rather than later but recognise potential difficulties before they appear and work around them as best you can. 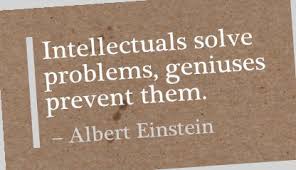 Don't forget, if you subscribe to the blog you need to look out for the verification email.  If it doesn't arrive check your trash/junk mail.