January 11, 2019
Just to let you know that this will quite possibly be the last post until next Tuesday.  We're away for a long weekend with friends and if it works out I want to savour it.  If it doesn't we'll be heading home early so I can lick my wounds and I won't want to talk about it.  This is yet another experiment as it's the first time we've been away with anyone else for over a year so I'm not quite sure how it will go.  Having said that these are the friends I would choose every time for this type of experiment as we've been going away with them several times a year for over twenty years.  Usually when we join them on a short break we pitch up to the cottage/tent/shepherds hut etc, discuss meals then shop for them and look at maps to decide where we're going to walk but Ash can't now cope with discussion.  To help this trip along therefore and make sure it's stress free for him we've planned meals beforehand then each brought food for them, we've also each brought snacks, fruit, cheese and biscuits the result being we have enough provisions in this cottage to feed an army.  We've also planned the walks and have DVDs that we all like so that we don't need a discussion before we do anything.  Ash hasn't been involved in any of this planning which might seem as though he's been excluded from everything but what I've learnt is that he just wants to be told what's going to happen.  If he doesn't like what's suggested then he says but otherwise he can't cope with the decision making.  We've now been here for approximately 4 hours and so far so good.   Many people say that those with dementia need to be in familiar surroundings but I will say again that in our case at least it's the planning beforehand that seems to work.  If those around Ash are confident then so is he.  My suggestion then is that if you want to try something new with your loved one then go for it but plan to the nth degree before you do.. 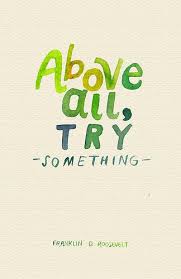 Jack Leonard said…
This connects with my experience as my wife has/is losing the facility to reason or "doesn't do" logic. Hence does not plan ahead for herself. Also cooking becomes very difficult for similar reasons.
14 January 2019 at 10:51

Jane said…
I've found that dementia has stolen all logic and reason from our lives so discussions can't happen. If I ever forget this we go round and round in endless circles. You're right about the cooking and I've had to learn all over again how to produce interesting, edible meals on a daily basis. This was something Ash did without me thinking about it and I never really appreciated how lucky I was. I hadn't however put his inability to cook down to an inability to plan but that now makes perfect sense.
15 January 2019 at 15:40