Why making life easier should be the way forward

January 08, 2019
Although every person with dementia is different there do appear to be some common threads throughout.  A need for a calm environment, a need for the familiar, a need for reassurance, a need to feel good about themselves, a need to feel safe, all of these things make a huge impact not only on the lives of those directly affected by dementia but also on the lives of those around them.  If your loved one feels safe they are less anxious, if they are on familiar territory they can relax, if they know they are loved they will feel good about themselves and so on.  Why then do some people feel that the best way forward is to put their foot down and deny their person with dementia those things they need just because it doesn't suit them.  I read a while ago about the irritation of having to watch the same programmes on television again and again and realised that Ash does the same.  His favourite programme as I'm sure you all know by now is The Chase although he will watch other quiz shows if gently nudged in the right direction.  So what I've discovered is that there are people out there who ban the shows/programmes their loved ones want to watch and this horrifies me.  Ash can't help having dementia but I can make his life easier and I do that because I want him to be happy.  Who wouldn't want that for the one they love?  Not only that but making sure he has what he wants makes life better for both of us.  However at the weekend he managed to watch an episode of The Chase on ITV, then watch the same episode straight afterwards on ITV+1 without realising he'd already seen it and a while ago this would have driven me completely up the wall.  So did I behave like a saint and settle down happily to watch something I'd just seen or did I get cross and tell him he couldn't watch it?  Neither.  The first option would have been beyond irritating and the second would have been plain nasty.  Instead I watched it with him the first time and then donned my headphones and listened to music while reading my book for the second session, that way we were both happy and both of us benefited from the relaxed atmosphere.  There is one big bonus to watching an episode more than once in quick success though.  Sometimes I remember the answers and then watch as he's super impressed with my knowledge! 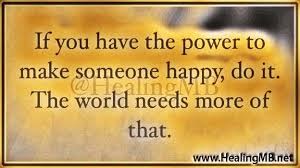 Lesley said…
Completely with you! I am also, unashamedly, a great advocate of the kind, white lie if that will settle or reassure a fragile mind without having any negative repercussions.
8 January 2019 at 17:33