February 16, 2019
Some of you may remember that just before we went away the DVLA wrote to say they were contacting Ash's GP to ask for his opinion on Ash's fitness to drive.  This was difficult because at that point the only time he'd seen a GP was the week before and that was for a review of his anxiety treatment.  She was new to the surgery, didn't know him and his ability to drive wasn't part of the discussion.  She also wasn't the GP named on the DVLA letter.  I quickly phoned them and gave the new GP's name then made an appointment for us to see her.  I explained when I made the appointment why we needed to see her and also explained the urgency because we were going on holiday and I didn't want any hold-ups that could possibly be avoided.  Unfortunately our surgery isn't renowned for communication between staff so when we arrived for Ash's appointment it was to discover that the message hadn't been passed on and the GP had already returned the form to the DVLA answering 'don't know' to the majority of the questions!  In hindsight I should have telephoned and asked for another form to be sent to her but it was the day before the holiday and I foolishly trusted that all would be sorted.  Yesterday I realised we'd heard nothing regarding the renewed driving license so phoned to find out what was happening.  A lovely lady told me another letter had been sent to us asking for more details.  That arrived this morning and all it asked was the name of the consultant and the date of the next appointment.  We have no information on either!!!  Last February we were told that Ash was being transferred to another team and they would review his case on an annual basis.  There were no more details and we haven't heard anything from anyone since.  The driving license runs out next Friday (22nd February) and the only way he can continue to drive is to get approval from the GP so yet again I phoned the surgery to be told that the next available appointment was 7th March.  Having spent the last few months cultivating the stress and anxiety free environment which has helped Ash so much my stress levels are now sky high.  Earlier this week Ash's truck was off the road for three days due to a faulty clutch.  Not only did he get cabin fever but he continually asked where it was, what was wrong with it and when would it be back.  Luckily a friend was fixing it and he understood the situation so got it back on the road as fast as possible.  I doubt we are as far up the list of priorities at the DVLA and this could take weeks.   Ash was an Advanced Driver in the police force for 30 years.  He drove cars and motor bikes for the traffic department at the beginning and then moved to a unit involving even faster cars and motor bikes.  His attitude to road safety is instinctive and I would say that his driving skills are better than 99% of the population but because of the lack of dementia care and support in this county we are in danger of him losing his license even though this may be for a very short space of time.   To say that this will not be good for his well-being is an understatement.  The truly laughable part of all of this is that if I hadn't taken my mum's car keys away from her two years ago at the age of 88 (because five separate people contacted me to say that they and others were concerned about her driving) she could still be out there causing absolute chaos on the roads. 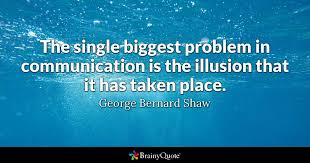 Lesley said…
Having to wait until 7th March for a gp appointment is mad. Our surgery will get gps to ring you if the appointment slots are full - if they will do this for you, you might be able to get them to ok it over the phone. If not, you might have to go and stand at the reception desk making a nuisance of yourself until they give you an earlier slot. Welcome home!!!!
16 February 2019 at 18:04

Jane said…
Our surgery does exactly the same but it's for emergencies only. I talked to the receptionist about it but she said I would definitely need to see a doctor. might give it a go on Tuesday though which is the first day I can. I hate to moan about the NHS especially as when we were in Florida we ended up at a medical clinic for Ash's knee and while we were there a man was just leaving with his 6 year old daughter. He was taking her away because he couldn't afford the treatment which had been prescribed. apparently it was something his insurance wouldn't pay for. It's a times like that that I do appreciate what we have it's just I wish our surgery was a little more helpful.
16 February 2019 at 18:17

Sarah H said…
I hate to say this . . . but is it worth asking if a GP at the surgery might be willing to consider an earlier private appt to sort this? Really shouldn’t be necessary to think this way but sometimes needs must?
16 February 2019 at 23:32

Ann said…
So sorry to read about the issues you’re experiencing with both the DVLA and your G.P. My OH was also a trained, advanced driver for 30 years whilst in the Police Force. To say he was ‘devastated’ when he was told to return his driver’s license, after his Stroke and his Vascular Dementia diagnosis, is an understatement. But, from my point of view now (and yes, I was angry at the time) it was the right thing ....in OUR case.

However, it sounds like Ash’s Dementia is not as advanced as my O.H’s, so he should be able to hang onto his license for quite some time yet. If you DO get any problem with this, it might be worth contacting a ‘Driving Assessment Centre’ (I understand there’s one in Hull, but you may have one nearer...it’s worth checking out). They are there for people with disabilities who wish to continue driving, and are very much on their side (ie they want to help). Also, the DVLA are happy to accept their findings.

Jane said…
Really like the idea of the driving assessment centre as then it won't just be us saying he's fit to drive. Also we could do it annually which means 1. we won't have this problem again and 2. when he's no longer able to continue driving it will be a professional telling him so. will look into it tomorrow. There is one nearer than Hull but does anyone know if any are better than others? Hull isn't impossible if not.
17 February 2019 at 08:41