Further update on the driving license

February 21, 2019
Following the visit from the memory team lady on Tuesday I was able to tell the DVLA that Ash had now seen a professional in connection with his dementia.  Unfortunately they weren't allowed to take the information over the phone and we had to return the form which had arrived on Saturday (and there was me thinking we lived in the digital age).  I quickly filled it in giving the contact details of the clinic, took it to the post office, paid £6.50 for it to be delivered and signed for by lunchtime the next day and we're now waiting to hear.  The license runs out tomorrow so by my calculation today is his last day of driving until the new license arrives meaning that we had the potential to reach crisis point not too far into the future.  I left Ash first thing this morning in a state of doom and gloom and not for the first time I worried all the way to work and all the way through the morning.  By lunch time I couldn't stand it any longer and rang him to see how he was.  Much to my surprise he was full of the joys of spring and apparently driving around the countryside while he still could!  There really is no fathoming the moods that come and go with dementia and I really should know better by now than to waste my time worrying.  Anyway I've learned lessons from this episode and have emailed to book an assessment of Ash's driving and will book another before his license is due for renewal again.  The lady from the memory clinic said that she would arrange for an OT to visit and test his problem-solving skills as apparently that's what will affect his ability to drive however my feeling is that if he fails as a result of a test sat at the kitchen table he won't believe it whereas if he fails as a result of something he does during an actual driving assessment there will be something tangible to explain the result.  I really don't think he will fail as he still drives better than anyone I know but there's nothing to be lost by being prepared and being in control of what's happening to us. 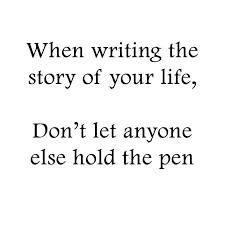 Ann said…
What an amazing woman you are Jane! I would think you’ve covered just about every base possible, so with a bit of luck Ash’s renewed diving license should be safely back with him very soon. Good luck!
22 February 2019 at 15:44