Golf as a spectator sport

February 07, 2019
Our apartment here overlooks the most beautiful golf course which has provided more entertainment than I would ever have believed possible.  I'm not generally a fan of the sport but over the past two weeks have found it difficult to tear my eyes away from the dramas unfolding in front of us.  I have often heard it said, by others who aren't fans, that golf is a good walk spoiled but that can't be said here.  For one thing no-one walks on this golf course.  Instead they seem to spend their time playing dodgems with golf carts, driving them as close to the ball as they can possibly get so there's no need to take more than 5 steps at a time.  So there is the dance of the golf carts to watch.  Next is the fact that below our balcony is a very large shrub which the golfers seem mostly unable to avoid.  Either the ball flies through the air and lands in the middle or it hits a tree before landing in the middle.  Today one particular golfer managed to retrieve his ball from 'our' bush only to hit it straight into another at which point he threw his club onto the ground and stamped on it.  The other hazard we have a perfect view of is one of the many lakes.  Balls land in there on such a regular basis that each evening a man arrives with a bag and fills it with the ones he fishes out.  When Jake and I went on our 'Contented Dementia' course Penny Garner suggested creating a 'we' club (as in 'we wouldn't do that' or 'we would do this', anything in fact that gave us some common ground).  Watching the entertainment provided by the golfers has given us just that and in the process made sure that laughter has played a big part in this holiday. 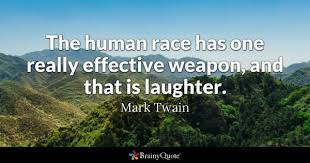 Lesley said…
Hilarious! You haven't mentioned golf attire - bet there's room for a few giggles there, too?
7 February 2019 at 19:26

Jane said…
Actually not too much in the way of fancy attire as it's too hot for anything other than shorts and polo shirts and they're all quite conservative in that direction.
7 February 2019 at 22:08

Service Master Restore said…
This comment has been removed by a blog administrator.
26 February 2019 at 07:37