February 04, 2019
Have solved the problem of Ash waking in the night in a panic not knowing where he is or why he's not in his own bed.  In the end it was so simple I can't believe it's taken me over a week to sort it out.  I had packed his clock which tells the day, date and time but at home we unplug it at night because it's so bright.  Last night I left it plugged in.  Result?  One calm and reassured husband this morning.  I have no idea if he woke in the night as he didn't need to shake me to ask where we were so the clock obviously worked on all levels.

This got the day off to a good start and was followed by a trip to the supermarket.  You might think this sounds boring but if so can have no idea of the weird and wonderful items to be found in the aisles of an Orlando grocery store.  There are cakes in every colour you can think of; choc ices for dogs; fresh fruit bigger than you can ever imagine; freezer cabinet upon freezer cabinet full of pizzas of every size and flavour and on and on.  Last week Ash went into fight or flight mode (mostly flight) at the level of choice, the number of people and the general sensory overload but today he was much calmer and we had more time to look at everything.  We also bought the largest 'sub' sandwich you've ever seen for lunch.  The US and the UK, in my opinion, aren't just divided by a common language but also by a common diet.  We all think that the Uk has become more and more Americanised over the years but a trip to a supermarket shows just how different we still are.

The largest 'sub' in the world was then followed by 3 hours of sun bathing and swimming so am hoping we've worked off some of those calories. 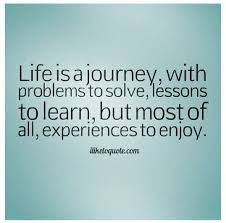 Don't forget to subscribe if you would like to receive this blog into your inbox or email me at memoryfortwo@gmail.com if you would just like to get in touch.

Lesley said…
I was thinking about the problem of remembering which bed you are in when on visits, holidays etc. Maybe a mini-whiteboard with an aide-memoir written on it and propped by the clock could help? "Just us, in Florida on holiday! :o)" could be enough to reassure.
5 February 2019 at 13:34

Jane said…
Brilliant idea. There was a panic moment yesterday evening when all of a sudden Ash had no idea where we were. He got over it but wasn't nice to watch.
5 February 2019 at 14:45

Lesley said…
It must be so scary, for both of you. It makes all the work put in to keep these kind of moments to a minimum so worth while. xx
5 February 2019 at 19:32