Ups and downs of a life affected by dementia

February 18, 2019
So Saturday was a dreadful day, yesterday was brilliant and today has just been hard work.  This is probably normal life for most people but when I have my optimistic head on I like to think that my life will be on an even keel the vast majority of the time.  Nothing has actually happened over the past few years to suggest that this is likely to be the case you understand but I live in hope.   Anyway arrived at mum's this morning to find her in agony as a result of a fall at the weekend when she twisted her back.  This meant that, instead of taking her to the posh care home for her weekly visit then having a few hours to myself, I ended up booking an appointment at the osteopath which in turn meant re-organising a work meeting and in between those two things trying to organise that all important driving assessment for Ash.  This wasn't as easy as I'd hoped.  Bearing in mind his license expires on Friday the earliest I could get an appointment was the end of March so in desperation I phoned the memory clinic to find out what was happening about his 12 month review.  Apparently it's scheduled for this month (10 days remaining) but they hadn't thought to send a letter letting us know.  Anyway I begged.  I told them about the DVLA, I told them Ash hasn't seen a single professional in the past 14 months which means there's no-one able to say whether or not he's capable of driving and I cried.  At least one if not all of those things seemed to help and I was promised a phone call within 24 hours and that they would try their very best to get someone out to us before the end of the week.  Then had to come home to tell Ash he would probably be without a license for a few days.  Yesterday's positive attitude was notable by it's absence!  Oh and forgot to say that in the midst of all that I had exactly 30 minutes to fly around the supermarket and get mum's shopping while she was having her back sorted and I managed to organise transport so she can go to the posh care home a second day each week to give her something else to look forward to.  You probably won't be surprised to hear that I got home and fell asleep in front of the fire. 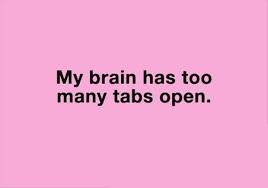 Lesley said…
That was definitely a 'superwoman' day! Fantastic that you've got another care day for your mum AND you're on a promise with the assessors for Ash. Sleep well tonight!
18 February 2019 at 20:56

Jane said…
Sleeping well, as you know, isn't a foregone conclusion where I'm concerned but I have high hopes for tonight.
18 February 2019 at 21:10

Jane said…
I think it's more that I have tunnel vision. I see a problem and have to work my way through everything to get it sorted. Today's problem (as it so often is) was my mum so everything had to work around that.
20 February 2019 at 17:47