A paler version of us

March 02, 2019
On Thursday night we went to a fundraiser in the village.  It was a race night and, I think, the third one held over the years to raise money for our village hall.  In the past we would have been involved right from the very beginning.   From that first 'Why don't we have another race night?' to 'let's get the diaries out' to 'shall I order a new DVD?' to 'can anyone remember how many bottles of wine we got through last time?' and on until we reached allocating jobs, setting up the venue and making sure everyone had a brilliant time.   Ash would have manhandled tables into place, fetched the wine from the supermarket, manned the bar and generally been in the thick of it.  This time was a little different.  I'd bought 2 race cards (tickets for the uninitiated), bought and named 2 horses and said I would definitely be there but was unsure about Ash.  Then he was asked to be official photographer which he's done many times at different events.  He was really pleased to have been asked and I was, once again, grateful to all our friends for treating him just as they've always done while accepting his current limitations.  The promise to take photos at least made sure he came with me which was lovely and we set out to walk up the road looking forward to seeing everything from a different side.  Once there the camera came out but something was wrong.  Apparently it was too dark to take photos without a flash but the flash couldn't be used as it would spoil the atmosphere.  I suggested taking photos in between races when it would be brighter but for some reason that wouldn't work either so then I suggested taking photos whenever he felt the light was just right and that went down ok.  For the next hour the camera came out several times only to be put away again, then the strap went over the shoulder and the camera was carried around which looked more hopeful but, by the end of the evening, the only photos captured were the ones taken earlier in the day before the event began.   I think it was the responsibility that did it and it was an interesting insight into how much he's changed over the last year.  The man who was always first in line to help organise things in this village we've been part of for nearly 34 years was a much paler version of himself last night and, as a result, we were a different version of ourselves as a couple but at least he was there.   The silver lining (and, as I keep saying, there almost always is one) was that we got to enjoy the actual event from front of house and saw the results of all the hard work that went into organising it.  I've also learnt from what happened and next time I'll just ask him if he's taking his camera and leave it at that.  Without the responsibility we'll probably have more photos than we know what to do with. 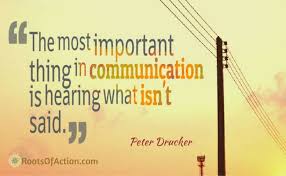 If you ever want to share anything on this blog just click on the three pronged shape at the top right of the post and then choose how to share it.  If you want to leave a comment I'd love to hear from you and if you want to get in touch privately then email me at  memoryfortwo@gmail.com

Sarah H said…
And we very much enjoyed seeing you both there - sort of ‘secret shoppers’, (but not so secret). You must feed back your thoughts about what was good and what could be done better - always useful for future . . .
2 March 2019 at 20:49