A very busy day was had by all

March 05, 2019
Left my mum in high spirits on Sunday and then phoned yesterday to see how she was only to be told that she'd packed her bag and was asking where her car was as she was going to sleep in it.  She'd also been into a store cupboard looking for her passport.  Now my mum might have problems with her memory but this wasn't like her at all so I asked if she'd been given the antibiotics prescribed for the urine infection the doctor had diagnosed in A & E on Saturday night and was told there was no record of that diagnosis or the prescription.  I pointed out that there might be the reason for her confusion (as opposed to them looking at her and seeing a 90 year old who 'obviously' had dementia).  Phoned this morning and they confirmed the original diagnosis and said she been prescribed antibiotics.  As a result she was much calmer, it's just a shame they hadn't worked it all out for themselves!  I was also told that, although the doctor hadn't yet seen her it was unlikely she'd be sent home today.  Two hours later I had a phone call saying that she was fit to come home and I could collect her later!!  To cut a long story short she didn't come out today and is instead being transferred to a smaller local hospital where she will be under observation for at least a week giving me time to get my head round it all.  Thank goodness I have a brain, am  articulate and can fight mum's corner for her.

Unfortunately this has put quite a lot of stress on Ash.  He's coped fairly well up to now but I can see I'm pushing it and this afternoon he rang and texted me as he'd forgotten what time I was going to be home.  When I got back he was obviously in turmoil but I was organised with tea and before long we were in front of the fire watching Pointless with everything alright again in his world.  I now have at least a week in which to get everything back on track which should be enough I think especially as I know mum will be in a safe environment, eating/drinking properly and there will be no need for my nightly phone calls telling her what's on the television.  I can feel myself relaxing as I type and if I'm relaxed so is Ash. 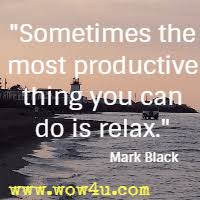