March 20, 2019
The topic for today is forums.  Do we like them or not?  Are they useful or not?  Do they do any good or not?  I have very mixed views on forums and these views have come to the fore recently hence this post.  Personally I'm not good at baring my soul to the world.  I know I do it a little on here but at least I feel some sort of ownership over what appears and what replies come in.  I also get the feeling that I am surrounded by like-minded people.  Forums are different though and some are more in tune with how I feel than others.  You may have noticed I'm an optimistic soul determined to look at the positives in my life and hope those of you out there reading what I write feel the same, unfortunately other people don't always view things in the same way and once or twice I've been shot down in flames on a forum for being too positive.  Recently I'd taken to messaging people privately but then, not always sure it would be obvious that I'd messaged, posted to tell those people where to look but these posts incurred the wrath of the admin team so for my own sanity I chose to leave the forum.  To be fair to them at that point I received an apology and we exchanged a couple of emails the final one of which you can read below (for background they had asked me to tell them about inappropriate advice being given and by whom).  Let me know what you think.

'Dear .............
I can’t recall specific advice and am not going to give names (although I’ve noticed who they are so am at a loss to know why you can’t see them) but I find it difficult to understand how a team that monitors posts to such an extent that my two telling members I have started a conversation with them are picked up on and removed can miss or ignore inappropriate comments.  What concerns me about the ......................... forum is that people who don’t understand dementia are posting on there and those comments are being read by people new to all of this who may take the information as fact.

Examples:
thread was started by someone whose husband would only watch ITV3 and endless repeats of Midsomer Murders etc.  This thread went on a while with people stating how it was driving them mad and if they had to sit through another episode of ........... they would scream.  There were others where spouses said what they did to occupy themselves when that happened which were helpful but then one member just stated that she was sick of it all and so had banned the channel.  Anyone who was new to dementia could read that and think it was an appropriate action but the comment wasn’t challenged by admin.

One member said that her husband kept soiling the toilet and then trying to clean it up with a towel.  She had apparently tried shouting at him, had tried to explain that he shouldn’t do it and had also given him cloths and cleaning stuff and made him clean it properly.  Again no-one from admin stepped in to explain that this wasn’t appropriate or even why it wasn’t appropriate.

There are endless instances of this type of comment and I’m not the only person who says they have to restrain themselves from saying exactly what they think when they read these.

I’m sure you’re going to say this isn’t your role but if not yours then whose?  And why can you refrain from telling people they’re wrong about such important things but pick me up on the fact that I have posted to tell people I’ve contacted them privately?  I’m also sure you’re going to tell me I have a role to play in giving advice but people are far more likely to listen to someone from admin than to another member and how do they know I know what I’m talking about if other comments are left to stand.

Several times I’ve read posts such as those above and worried for the well-being of the person living with dementia.  I also find the terms used hugely derogatory.  ‘My PWD’ (PWD stands for 'person with dementia' for those not in the know) is my least favourite but there are lots more.  Again it sends out the wrong message to those new to it all.

My other concern is for those members who are living with dementia.  I’m very sure they won’t just read comments on their section of the forum and if you’re not saying when something is inappropriate how is that making them feel?

I do think the forum could have a valuable part to play not only in the fight against dementia but also in allowing people to live well with it.  Unfortunately as it stands I really don’t think that’s possible and I would rather have nothing to do with it especially as there are other forums out there which are far more positive'. 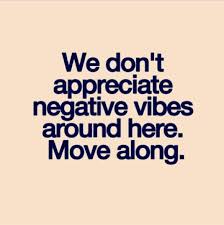 Michael said…
I’ve given up many forums and left them because of all the negative posts! Your my port of call every time, positivity with true events in the mix!
21 March 2019 at 16:19