March 22, 2019
Last night someone we know rang to ask Ash for advice on starting his tractor/mower.  Ash has been using this particular tractor for the last 10 years or so and there's definitely a knack to getting it started but, even for those of us not living with dementia, it would be difficult to describe how to work something you haven't even looked at for six months and to do this over the phone so he arranged to go over today to show in person.  I listened to this arranging with a sinking heart.  He was going over late this afternoon on his own (we now have the new driving license but there may be another chapter on that so haven't posted about it), to my mum's house where he'll need the alarm code to get in the house and he'll be working with someone he doesn't know very well.  This had 'potential for disaster' written all over it but what to do?  I suggested phoning and rearranging for Saturday when I could go too but that went down like a lead balloon.  Ash really couldn't see a problem but was already getting anxious about it all and kept asking what time he was supposed to be going, who he was meeting, where the jump leads were etc etc.  In the end I texted the guy last night to ask for myself whether we could change everything to Saturday.  He said yes so this morning when Ash started asking the questions all over again (a sure sign of anxiety about it all) I told him that I'd had a text asking if we could go tomorrow instead and also said that would be brilliant as I had already planned to go over and if we went in his truck we could fill it with lots of stuff for the skip sitting outside our house.  Excellent idea apparently and crisis averted so I can breathe again. 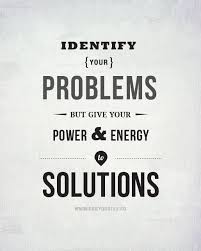