April 23, 2019
Yesterday was the day to talk about how not to react.  Last night was an actual example of how not to react!  Ash was 60 last Tuesday (where, I asked him, was the teenager I met and fell in love with all those years ago?) and for his birthday I'd booked a lodge in a forest not far from us where we can spend 4 days walking the dog in his favourite environment.  He'd loved this present almost as much as the new drill Jake had bought him and studied the website, asked questions and was really looking forward to it.  Last night I was on the website deciding whether we really needed extras such as rose petals scattered on the bed, confetti filled balloons, party poppers, an in-cabin spa etc etc when he came through to ask me what I wanted to do about some stuff in the back of his truck.  Absentmindedly, and only because I wanted to finish what I was doing, I butted in and said to just wait until I could get out there to look.  This was a stupid thing to do and I should have known better but in my defense I was focused on something else and not really listening.  Before I knew what was happening we were in the middle of a row and he stormed out and took the dog for a walk.  This was the point when I remembered the question 'do they always remember how we made them feel even after they've forgotten what we said?'  I still don't have a definitive answer to that but I do know that Ash came back from that walk much calmer and that it would have been pointless to have apologised as he had no idea what had just happened.  I on the other hand could remember every single word he'd said and exactly how he'd made me feel and those memories and that feeling have lasted all the way through the night and into this morning.  The ripples from dementia reach a very long way.

Update - It's 5.30am and just as I've finished typing the above Ash came downstairs to find me and to tell me about the awful dream he's just had.  As background to this you need to know that he joined the police at 16 and did that job for the next 32 years.  Anyway in this dream he was a policeman again and in a house surrounded by people shouting.  He was on his own and couldn't find a way out so just had to stand and let the shouting go on around him.  I don't think I've ever seen him so shaken.  Does he remember the feeling without remembering the facts?  You decide. 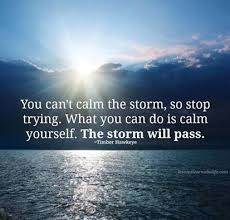 Ann said…
Bless you Jane, we’ve all ‘been there and got many many t.shirts’! None of us are perfect angels, but we are doing our very best. That’s all we can ask of ourselves.

Switch the situation around and imagine it was you living with dementia and Ash was your Care Partner. How would he have reacted to you? I know for certain (and this is no criticism of my beloved) my OH wouldn’t always be so understanding of my issues, especially when trying to focus on something just as important (in that moment).

By the way, my beloved also dreams frequently about being back in the Police, and the first holiday I booked (after his diagnosis) was a lodge in a forest! Have a lovely, peaceful, time with lots of laughs and cuddles. Everything will be well again.....
24 April 2019 at 08:02

Jane said…
Am sure it will Ann. Think we both just need some time and space for relaxing and actually think there is no internet so that will be interesting.
24 April 2019 at 18:13