April 13, 2019
Before dementia entered our lives Ash and I would take it in turns to go downstairs to make our morning tea.  Post diagnosis he can't handle the responsibility so I make the tea every morning and that's how it's been for the past fifteen months.  Last night I was craving sleep and panicking that, as usual, it would elude me so took something to help me along the way.  The plan worked so well that, instead of waking up at my normal 4am, I slept until 7 which is way past 'cup of tea' time.  It took me a while to focus but then I realised Ash was getting out of bed apparently to make the tea - he'd obviously got fed up of waiting.  I thought about telling him I would do it but then decided it was better to let him do what he'd planned so kept quiet and relaxed back onto the mattress.  Now I have always drunk weak tea and Ash used to be able to make it just how I like it, further down the line however he seems to think that 'weak' means 'slightly coloured' hot water with milk added and that's what he brought up.  Never mind, it was hot and would at least help me wake up properly so I waited until it had cooled a little and then started drinking.  At first I couldn't figure out what the taste was then I realised he'd used his ginger tea bags instead of normal ones and added milk!  As I've said before the self-esteem of someone living with dementia is a very fragile thing so there was nothing to be done except empty the mug and pretend there was nothing unusual about my morning cuppa.  A while ago, on the forum I used to follow, a woman was complaining that her husband (who had dementia) never made her a cup of tea in a morning.  At the time I was cross that she could be so selfish but on this morning's evidence I think she should be very grateful that she's the one in charge of that all important first drink of the day. 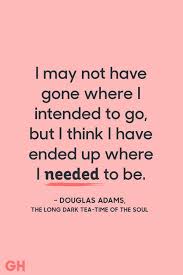 Ann said…
Sometimes you just have to chuckle....my OH is obsessed with our car. Most specifically, the tyres! At least once a day, he asks me if I’ve checked the tyre pressure. Despite the fact that they are only one month old, were checked last week, and we have a very clever little car thingy that informs us if the tyre pressure drops even the tiniest bit.

I’m quite proud of the fact, that so far, I’ve managed to answer, and reassure, my beloved.....without screaming “..for the umpteenth time, the bl—day tyres are fine!”

Sarah H said…
At the risk of seeming very strange . . . I actually like milk in herbal/spicy tea. Please send Ash over! I’m very impressed with how you dealt with it - this is surely the secret to a calmer life and I’ve quietly tipped a few cups of tea away when I’ve forgotten to drink them after they were made for me 🙂.

Lesley said…
This is hilarious and I love the comments too! Well done to Jane for refusing to complain and actually drinking the tea, to Anne for being so patient and to Sarah, for opening our minds to the new possibilities of tea! I'm wondering if it is time I should buy Jane a pot plant for the side of her bed which will provide an easy way to jettison any future sub-standard beverage!
13 April 2019 at 20:59

Jane said…
I'm so pleased I've made you laugh but not only am I not with Sarah on the 'herbal tea with milk' front but I really dislike ginger in anything other than biscuits or cake so drinking it was a double sacrifice. A pot plant by the side of the bed is a lovely idea but I plan to make every cup of morning tea from now on just to be on the safe side.
14 April 2019 at 12:14