April 21, 2019
When you are living a life affected by dementia it's very easy to think you're on your own.  When that diagnosis arrives at break neck speed and you're under 65 it's even easier to feel you're on your own.  Support groups, dementia cafes, benefits - if they exist at all (and in our county they are few and far between) they are aimed at the older generation.  However just because we are fewer in number  doesn't mean we can't learn lessons from others and there are an awful lot of people to learn those lessons from.  Figures show that in 2014 there were 850,000 people living with dementia in the UK with 5% of those people aged under 65 (www.youngdementiauk.org/young-onset-dementia-facts-figures).  I'm a very visual person and when I read '850,000' I found it hard to grasp what that number of people would look like so, having thought 'that's sounds like a lot of people', I put the information to one side and left it there.  Last night Ash and I watched Queen in concert at Wembley (1986) and I thought 'that looks like a lot of people' so this morning I thought I'd see how many were at the concert.  It turns out there were 72,000, nowhere near the number of people who are living with dementia so I wondered how many were in the largest audience they ever played.  All of these 'wonderings' led me to the discovery that the largest audience ever to listen to a Queen concert was in Rio de Janeiro where they played to a total of 250,000 people.  I watched a clip on Youtube and that gave me some idea of the numbers involved but to reach the total number of people living with dementia in the UK during 2014 you would still have to multiply that crowd by 3 and then add another hundred.  That's when I realised that none of us are truly on our own.  The song in the clip is 'Love of my life' so you may have more than one reason to watch and listen but if you too would like to see how many others are out there going through a similar experience then have a look at this  www.youtube.com/watch?v=gblZ2drKK1M (if you don't want to watch the whole thing then 2.52 minutes was my point of recognition) and see if it helps.  It certainly helped me. 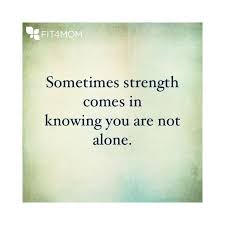