May 28, 2019
This weekend has been full of moments to savour and all the more so because life bore some semblance of normality.  To begin with Ash's DIY skills, which I thought were consigned to history, were resurrected as I got the summer house (AKA The Shed) ready for the months to come.  I've discovered over the past year and a bit that it's best not to ask for things to be done as it only puts Ash under pressure and that's always when life begins to unravel so instead I just do them myself.  This time I needed plaques and pictures hanging on the walls of The Shed so on Sunday I found some tacks, asked for a hammer and starting banging.  He came out to see what I was doing, obviously decided I wasn't doing it properly and took over.  This made me smile as it was almost history repeating itself.  Many years ago when we bought our first house I was replacing a door knob when Ash came in and started to tell me where I was going wrong.  I handed him the screwdriver and left him to get on with it vowing there and then that in future I would leave it all well alone.  Since those early days he has decorated; replaced carpets; changed doors; fitted kitchens and shower rooms; knocked out fire places; built walls, created The Shed; removed a built-in pantry; constructed a brick veranda along the entire length of the house and generally proved himself capable of doing any job that I asked of him.  Recently however the tool box has rarely seen the light of day.  This weekend was different.  It began with those pictures and plaques then moved on to re-arranging furniture in the office/sanctuary and finished with taking a tv down from a wall and removing the bracket that was keeping it in place.  These things might not seem a great deal but they gave him so much confidence that he finished that day with an hour long dog walk, again something he hasn't done for a while.  The hardest thing about this though is that these situations can't be engineered, they have to come from Ash and all I can do is provide the opportunities for it all to happen.  When I do that maybe, if I'm lucky, once in every nine times it will have the desired effect which I why I savour every one of those. 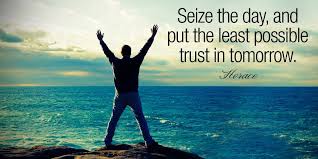 Lesley said…
Creating the right environment for people to get involved and use their skills without being 'pushed' or made to feel anxious is something you have excelled at your whole life so I'm not in the least surprised that it is becoming second nature to support Ash like that. Wonderful!
28 May 2019 at 20:07

Michael said…
Yes, it’s so important you create the environment for your LO to flourish. We’ve been going out to National trust properties which Carole loves because we walk around the garden/woods and the house’s. Carole keeps tugging on my arm because she’s seen a picture for me to take. I’ve put these pictures in folder for Carole to look at. I’ve had a couple printed into postcards and they look fabulous. The pictures are mainly of old doors and windows!
28 May 2019 at 22:34