The benefits and challenges of being at home more

May 09, 2019
Just coming to the end of my second (almost) work-free week and have been thinking about how it's all going.  Is it what I expected?  Has life become easier?  Is Ash any better?  Lots of questions but not quite so many answers and certainly not the ones I wanted.  So where are we now?  One of the things I thought would happen is that Ash's dementia would instantly improve because I would be at home to make life easier for him.  What has actually happened is that I've had time to notice that his dementia is more advanced than I realised.  The difficulties aren't caused by spending too much time alone and they're not lessened by me being around more.  What I think has happened over the last year is that we've both been kidding ourselves and this has been a little scary to come to terms with.  We've both been telling ourselves that if only life was a little less hectic and a little more stable, a little less busy and a little more relaxed then everything would be ok.  This complete change to our lifestyle should have waved a magic wand and righted all the wrongs but that hasn't happened and reality has stared us in the face.  HOWEVER it's not all challenging and there are definite benefits.  I am quite good at comparmentalising my life and a lot of the time work gave me far more of an escape from reality than I realised but, as one friend told me, 'it may give you an escape but when you get home at the end of the day you still have all the **** to deal with and not enough time in which to do it'.  That, I have discovered, is a great truth so, although I really miss that escape, I do have time to deal with the problems.  I also have time to keep the house tidy and to bake both of which have fallen by the wayside recently; I have time to cook and enjoy that cooking instead of just creating meals to feed us and so we're eating more interesting meals; I have time to read and have discovered Terry Pratchett;  I have time to visit my mum properly instead of seeing her in between everything else;  I have time to run first thing in the morning without having to set the alarm; I don't panic if I haven't slept properly because it really doesn't matter if I can't think straight; I can invite friends over for a cup of tea and a chat which covers subjects from the state of the local health service to politics here and around the world to equal opportunities at work to what we watch on television (and that was just this afternoon) and, most importantly, I can spend time working out what Ash needs.  I've already realised that he needs time in a morning to get his head into gear so I have to go slowly and not bother him and he needs to eat earlier in the evening than we're used to so I need to start getting tea ready sooner and both of these were things I hadn't noticed before.  So many benefits that will make life infinitely better and more relaxed that they far outweigh the challenges.  Ash of course is having to get used to having me around and I'm having to get used to having him under my feet but I think, in the long run, I'll find that this was definitely the right thing to do. 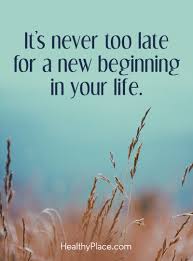