There's a new mower in town

May 22, 2019
The past few days/weeks for some reason have been difficult not because of anything new that Ash has or hasn't done but more to do with my state of mind and that can't go on.  I have now given myself yet another shake, pulled myself together and decided that life is for living not for moping.  I've realised that I need more and different strategies one of which is to stay quiet first thing in a morning.  I find this really difficult as I used to start  my days by telling him what I had planned for the hours ahead.  This was for me of course, he didn't really need to know and still doesn't.  Not only that but the more I talk the more confused he gets and I've noticed that if I lie quietly until he's ready to talk we start the day off much better.  You might think this is obvious and wonder why I didn't see it before but, as someone said a couple of days ago, sometimes we get so bogged down that we can't see the wood for the trees.  I think I've been so stuck in my own angst that there's been no room in my head for anything else and that's not a healthy way to live.

Anyway that's that out of the way and we're on the up again starting with the arrival of a new mower.  I was worried about the mower.  We'd had the old one for years and years and when I mentioned recently that it might be time to replace it Ash became very anxious.  He was used to the old one, he knew how it worked and he saw no reason to replace it.  Then a major part dropped off.  I have no idea what it was or what it did but apparently you can't mow without it so we agreed that we needed a whole new machine and we have one.  It's bright red, gleams in the sunlight and cuts the grass so beautifully that Ash is spending hours pushing it backwards and forwards over the field in front of our house.  Not only that but he's gone from ignoring the lawn as it turns into a meadow to mowing it to within an inch of its life so it looks beautiful too and we all seem back on track.  Because of a new mower Ash is once again taking pride in his surroundings and he's got enough of his energy back to start walking the dog properly again.  On top of that, remembering something a friend suggested a couple of months ago, I've begun to take my laptop through to the sitting room in an evening, don my headphones and find things to watch other than The Chase and Pointless so life is definitely improving. 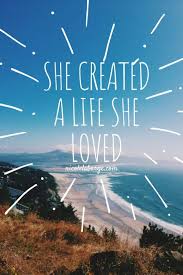 Sarah H said…
Excellent! Funny how there can be great benefits when least expected and life so much more interesting for that! 🙂
23 May 2019 at 00:54