June 30, 2019
The calm reported yesterday unfortunately turned out to be the one before the storm and this morning it all fell apart again.  I worked out why quickly enough but by then it was too late; Ash was shouting, I was crying and we descended as we so often do nowadays into chaos.  However I was on my way out of the house anyway and was already late so left and drove off.  Fifteen minutes into the journey I'd had time to calm down so I rang (we're not yet at the stage where we can't have a phone conversation) and we talked through what had happened including, on my part, what we discussed two days ago.  He obviously didn't remember and I didn't expect him too but he'd certainly retained some of it so I rang off and carried on.  When I got home this afternoon he was waiting with a hug and an apology which is really all I need and we seem to be back on track.  The thing I found most interesting about it all is that, even though he really can't remember what was said last time, we definitely weren't starting from the very beginning of the conversation and he was much further forward on understanding that we can't carry on as we are.  I will say again that I know there are reasons for Ash's outbursts and that I don't blame him for them but I do think that, in order to remain sane, we need to find a way through them and he's not yet at the point where he can't play a part in that. 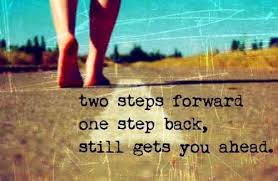 Sarah H said…
One step back means you are still one step forward from the starting point and I think Ash’s hug and apology count for a something too. I’m guessing the recent wedding must have been quite stressful for both of you because of the dementia and hopefully some calmer times will follow. Make sure you take some time out for yourself . . .
30 June 2019 at 19:37

Lesley said…
So brilliant that you got a hug and an apology - he hadn't forgotten and was clearly trying to make things right. That's a great place to start from and tomorrow is a new day - hope it's a good one xx
30 June 2019 at 21:29

Ann said…
From one ‘Care Partner’ to another, I think you are doing a brilliant job, Jane, under testing circumstances. I defy anyone to do any better. I also agree with both Sarah and Lesley....wise words ladies.

Sending strength and good wishes to you both.