A day of several parts

June 15, 2019
I know I said I was going to focus on the positive and mostly I'm managing it but let's face it that's not a realistic view of life and I'd hate anyone else on a journey with dementia to feel as though my life bears no resemblance to theirs so here is my version of today - good in parts and not so good in others.

It started off worryingly with Ash almost rigid in bed and not speaking but that's not a definite indication that something's wrong so I thought I'd wait and see.  It seems that he'd thought of a job in the garden he had to do but couldn't remember what it was.  We talked through things, he worked it out and briefly we were ok.  Unfortunately his mood was up and down all morning which is never a good sign so I waited with trepidation to see how everything was going to pan out.  A friend called to return a dress she'd been altering for me and stayed for a cup of coffee and a chat which was lovely and a brief respite from the atmosphere which was slowly building.  She went, we had lunch and then Ash announced he was going to mow.  This was brilliant as it seemed to mean that I wouldn't have to haul the heavy lawnmower around as I'd had to last week.  It appeared though that he was going to mow the field at the front of the house not the lawn and when I asked if he could mow the lawn first all hell broke loose and this was obviously a release to what had been building inside him all morning.  Mostly I can shrug this stuff off but sometimes, just sometimes, it all seems so unfair that I break which makes him all the more cross and so it goes on.  Today however it seems that he knew he'd overstepped the mark even if he couldn't remember why so that when I got back from an escape drive in the car he'd not only mowed the lawn and trimmed the edges he'd also thought to bring the washing in when it started to rain.  This afternoon we had tickets for a strawberry tea in the village.  Ash had said earlier, while in his bad mood, that he wasn't going so I just announced I was off and left him to it.  Interestingly, an hour later he came over and chatted away to everyone as though nothing had happened which I could almost be tempted to believe except I know he came because he knew he'd upset me earlier even if he had no recollection of the detail.

So that was my day.  difficult to start with, lovely when the friend called and stayed for coffee, awful after that, lovely when I went out for my escape drive and bumped into a friend I haven't seen for ages (with time for a brief catch up), lovely chatting to friends at the strawberry tea, ok when Ash joined us (but I was on my guard the whole time) then not so good when I returned home to silence and no idea why.  Am sure the mood will improve as we go into the evening and hopefully we'll end on a good note.

People might wonder why those of us in this situation put up with it all - the mood swings, the anger, the accusations, the selfishness.  Strangers looking in from outside will shake their heads in wonder but we know that this is not the real person, the one we fell in love with, the one we decided to share our lives with and friends who've known the two of us for ever will remember the real Ash  and know that if he was himself he would never in a million years have behaved this way and that's what makes me, and others in my situation, stick it out. 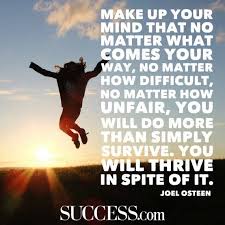 Don't forget you can sign up to have this delivered straight into your inbox (just don't forget to click on the validation email), you can share posts with others or you can email me at memoryfortwo@gmail.com

Ann said…
Thank you for being so honest Jane, I can totally relate to everything you’ve written.

I tell myself it’s ‘character building’, a test of those ‘In sickness and in health’ vows we made! But it is tough sometimes. However, in between the ‘sun comes out, and it’s those moments I really notice and appreciate these days. Something I hate now to admit, I took for granted, prior to my beloved becoming ill.

Jane said…
I think we all take the good stuff for granted when it's happening and it's not until disaster strikes that you look back and wish you taken more notice. We will all survive and come out of this stronger than we were but sometimes it seems such a long haul doesn't it especially when you know you're really doing the very best you can.
16 June 2019 at 08:28