A wedding and a spray tan catastrophe

June 25, 2019
Have you been wondering where I disappeared to?  Well we've had an adventure (also called living a life affected by dementia) and spent a long weekend in the Cotswolds attending a fabulous wedding.  And where did the spray tan catastrophe come in?  That was of course down to me and my inability to look glamorous at any time.  I had Ash organised with his suit (he doesn't dress up often either), a new shirt and a new tie so he looked very smart and I had the dress, blue shoes and blue nail varnish to match so I really had made an effort.  Then it came to my legs.  I'd really been working on the tan and was doing well until the last two weeks and all the rain when the tan faded just enough to make my legs look paler than the rest of me so I headed out to buy spray tan.  Now I'm currently reading a Marian Keys book where she warned about spray tan and a friend who knows all about these things also warned me and told me to make sure I rubbed it in properly.  However the instructions said specifically not to rub it in so I ignored the advice of people I trust and followed the instructions of someone I've never met.  The instructions said that I would notice a difference after 1 hour and I did but not much of one so I sprayed again (at this point I can see some of you burying your head in your hands and shouting at the screen) and then I went to bed.  In the morning my legs were bright orange but not  uniformly bright orange of course.  Instead it was more of a dappled effect with lots of large white patches which wouldn't look too good below my knee length (cream) dress.  The friend who knows what she's talking about suggested anti bac soap and lots of scrubbing and surprisingly it worked enough I think for me to get by.  The other helpful thing was that everyone else looked so gorgeous no-one gave me a second glance so that was ok.

Just in case you're wondering how Ash coped with the whole wedding thing it was a mixture.  The week running up to it he was fine, knowing exactly where we were going and why and even thought to check the car before we left.  The journey down was fine and everything was ok until the five and a half year old was dropped off with us and had been put to bed then he wanted to know where we were and why we were there.  When I told him about the wedding he wanted to know whose wedding and who they were (we've known the groom since he was 14 months old, Jake was best man and the five and a half year old was a page boy).  The morning of the wedding he was fine and he really pulled out all the stops at the reception when you wouldn't have known that dementia was in our lives at all.  We left the reception at 8pm with the little one in tow, put him to bed and then Ash asked where we'd been and what we'd done.  The interesting thing is that when, on the last night of our trip to Florida at the beginning of the year, he asked where we were it threw me completely.  This time I just explained it all without any feeling of panic and realised how quickly the 'new' becomes the 'norm'. 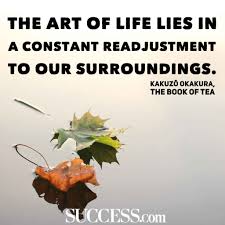 Ann said…
Sounds like a great success to me too. Apart from the tan of course 😂

🙄 re: the spray tan disaster. So I put down a towel to stand on whilst I sprayed myself, only to find, a few hours later, a beautiful outline of said towel in dark tan on my cream carpet! Obviously the towel was too small to capture all the spray flying about, and my ‘patchy’ legs looked no better. Never again.....it’s cream self tan all the way now for me.
29 June 2019 at 05:54