June 09, 2019
So Jake's swim didn't quite go according to plan and I'll start this post with the news for those of you who sponsored him that he didn't quite complete the course.  He did however swim 8.3k of the complete 10k course which, as most of us would struggle to join the children taking part in the 250m event, I think is a real achievement.  He's not quite so sure about that and is disappointed that all of his training over the past few months wasn't enough.  As he said in his fb post


Difficult post to write this one.
Short version: I DNF'd and pulled out at 8.3k after 5 laps.
Longer version: cold from the start, really cold. Water temp of 14 degrees sapped all my energy. Cramp in calf, hip flexor and quad from 5k which meant I had to be conservative with kicking and couldn't do breast stroke when I wanted a rest. Couldn't figure out whether I was shivering or not but knew I was cold to my core. The chop from the wind and wake from boats made me nauseous on more than one occasion. On the last half of lap 5 I was zig zagging and struggling to concentrate. Realised that another 35-40 minutes in the water could have been dangerous.
Called it a day at the support boat and then helped to stagger up the ramp and out the lake by one of the volunteers and then someone had to take my timing chip off for me as I couldn't bend down.
-------------------------------
Difficult to feel anything but disappointment at this. 8 months of training and to come away without completing the distance is a hard pill to swallow especially when so many people donated to a fantastic cause through my Just Giving page but even those donations couldn't work their magic and get me to do another lap.
Difficult to say whether I could have dug deep and got the last lap done. I think if I'd have been able to breast stroke then I'd have carried on but the cramp put paid to that.
Hands on heart, the hardest thing I've ever done. Worse than Scotland by a country mile, and I convinced myself that I had kidney failure during that, which says a lot.  (Scotland was The Highland Fling when he ran 45 miles through the highlands - he takes after Ash obviously).
Other than this slight blip (and you can't keep him down for long so I know he'll be ok) and the blip yesterday when Ash had a short panic attack, we've had a lovely weekend.  The two of us plus the dog have walked for miles, we've eaten well and are even going out for a meal tonight in a proper restaurant so think the Lake District has been very good for us and on top of that Jake has raised over £2,000.00 for the most amazing charity.  Success I think. 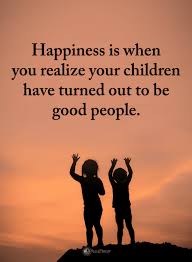 Lesley said…
I don't care what Jake says, that was an absolutely incredible achievement. I can't even BEGIN to imagine coping with all that and even without the cold, cramp, nausea etc 10km is a bloody long way to swim! He's a hero! (PS Really glad you and Ash had a good weekend too! :o) )
9 June 2019 at 19:41

Jane said…
we've had a wonderful weekend and have just been out for that meal. A proper, grown up meal in a proper grown up restaurant - just like a normal couple.
9 June 2019 at 19:44

Ann said…
....and we second that Lesley! Please tell Jake, he’s an absolute hero in our eyes too.