June 06, 2019
So Ash is no longer the person he was which is only to be expected but the difficulty has been getting to know the new person who now shares my life and learning to love him even though there are parts of his personality which are a struggle to get to grips with.  To do this I have watched and waited, worked out what makes him tick and accepted the differences between who he is now and who he was.  One of the things that has for me turned into a personality trait I can hang on to is his liking for cheese.  For the past year each week we've visited the cheese shop in our local town and spent a fortune on the stuff.  This, along with the biscuits we also had to put in the shopping trolley, has been the basis for his nightly supper plate and I've become used to him disappearing to the kitchen at 8.30pm to get it all ready.  This was a long and drawn out process which I found irritating at first but then became a part of who he was.  Today we set off on the weekly shopping trip and just as we arrived in town he announced that he didn't want any cheese and wouldn't be buying it any more.  I realise this is such a small thing but it cast me adrift.  If a major part of the person I've just got to know has disappeared overnight who is he now?  I'll let you know as soon as I've worked it out. 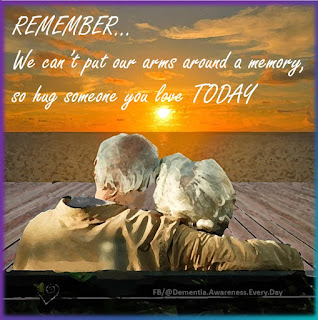 Jane said…
he was adamant he didn't want cheese or biscuits but then we went to the butchers later and he bought stilton so now doesn't have anything to eat it with. When I gently pointed this out I was quickly put in my place so am just leaving him to it and look on in total bewilderment. I have no idea what goes through his mind any more.
6 June 2019 at 21:50

Ann said…
It’s happened to us too, Jane. It’s tough trying to keep ‘one step ahead’. All you can do, you are doing.