June 27, 2019
Since the weekend, for obvious reasons I think, I've been feeling a little flat and this hasn't been helped by the sense of surviving the aftermath of the trip.  Ash's temper has been short to say the least and it's been easier to say nothing rather than risk triggering an outburst so the house has been silent and the weather's been foul.  This morning I woke feeling the same way yet again and realised I had to do something but what?  If you remember, last week it was shoes which brought a smile to my face; today it's been a paint colour.  I'm still in the process of turning the office into a sanctuary for me but if I'm perfectly honest it's once again becoming a dumping ground and partly due to lack of funds.  This working very reduced hours lark is all very well but not great for the bank balance so the amazing side tables I'd discovered for each side of the sofa were out of the question however I have discovered a website called 'pre-loved' (some of you may be reading this and nodding your heads wisely but I was very excited) and I found two chipboard tables at only £15.00 for the two.  Not only that but they were being housed almost exactly halfway between where Jake works and where he lives so it was obviously meant to be.  He picked them up for me and we're now just working out how to get them here and installed.  But remember, they're chipboard so they need painting and that's once again where I floundered.  Not only did I miss out on the glamour gene but I also managed to avoid the creative one and really struggle with 'seeing' how something will look until it's actually in situ.  Anyway, yesterday I was out with a friend who's much better at this sort of thing than I am and told her my dilemma.  She's seen the colour scheme (cream floor, brown sofa, three cream walls and one in something called 'Indian Sunset' or similar) so she suggested Rust which I hadn't thought about but will I think look lovely (and will perfectly match Ash's old metal shed in the garden).  Now I've latched on to that I can start to get my head round the rest of it and we might just be on our way, not only with my sanctuary but with the whole mood thing as well.  Remember, if this happens to you, nothing lasts forever but it's up to you to find a way out. 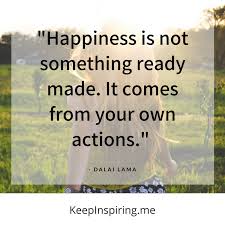 Jane said…
Have now looked up 'stumpery' (isn't Google the most useful invention?) and am very impressed. Have no idea why I've never heard of one before.
28 June 2019 at 06:12