What does he do all day?

June 19, 2019
Many people ask me what Ash does with his time nowadays especially those who knew him in the old days, the days before dementia struck.  Far back in the mists of time Ash was so full of energy, plans and projects there really weren't enough hours in the day.  He would leap out of bed at 6.30am, make the tea then return to bed while he talked about his plans for the day.  There would always be dog walking, often there would be churchyard mowing, gardening, some DIY project or other, helping out neighbours, a trip to the tip, the list always seemed to be never ending and he would be on the go from morning until night.  While he was working all of this was fitted into the odd spare half hour here and there;  when he retired he set up his own business firstly training and then doing odd jobs wherever he was needed so still it was all fitted in here and there.  Then he began to slow down and I couldn't understand why.  He didn't seem to be ill, he wasn't old but whatever it was the energy and enthusiasm for life began to wane.  Then the diagnosis when all became clear (or at least clearer) and his concentration started to go closely followed by his renowned organisational skills and finally he couldn't cope with responsibility in any shape or form and so he closed the business and pottered at home and this was the point where people began to ask 'what does he do all day?  isn't he bored?  wouldn't it be better if he had something to keep his mind active?  My response to all of this in the beginning was to agree.  Agree that he should be busy, that he should have an endless list of jobs to give his days some focus, that he should have projects which would keep his mind active but what I've come to realise is that Ash needs to be left to his own devices.  He's better if he doesn't have a focus as then there is no feeling of responsibility, no pressure and little to worry about.  He still does crosswords and he watches endless quiz shows able to answer questions far more frequently than I do but he does all of these as he wants and when he wants so he's keeping his brain active all by himself and this I've come to realise is the key.  It's not up to me to decide what's best for him as I have no real idea what he needs and if I come up with suggestions they in themselves start to put pressure on him.  Oh and, in part answer to the question of 'what does he do with himself all day?, it's just taken him 35 minutes to make himself a sandwich for his lunch not because he's forgotten how to do it but because for him the devil is in the detail and there's no hurry.  What's important to Ash is that it's made in a particular way and without time constraints and who am I to say any different?  When pressure is absent from his life then his anxiety decreases and he thinks more clearly.  This doesn't sound such a bad idea for the rest of us either. 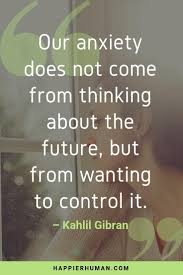 Lesley said…
His behaviour sounds very much like the mindfulness approach of having heightened awareness and appreciating everything you do. We all need to slow down and shrug off the pressures of life so I think we should take note!
19 June 2019 at 17:35