July 01, 2019
We seem to have gone from one extreme to the other.  For the past few weeks, as reported, everything I did was wrong; I spent my life treading on eggshells and I longed for a peaceful existence.  Then, as described over the last few days, two huge bust-ups when I decided enough was enough; two discussions (the second mercifully shorter than the first) and I now seem to have a husband who thinks before he speaks and who appears to be considering my feelings at long last.  So is this alright?  Is this what I want?  Well to be perfectly honest no it isn't and I feel bad for wanting more when last week I would have given anything to have what I've got now but it's still not right and it's never going to be because what I really want is my husband back and this quiet thoughtful person just isn't him.  He's certainly nicer than the man I've had in my life for the past few weeks and months but he still isn't my Ash, he's just someone who looks like him and occasionally talks like him.  I do know I need to be the grown-up here and I also know that we're never going to get back to where we were but sometimes, just sometimes I wish we could. 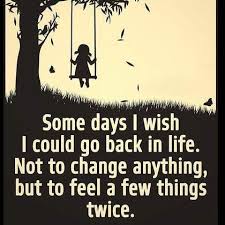 Lesley said…
Sending hugs and hopes that Ash will brighten and you can have some laughs again - give it a day or two xx
1 July 2019 at 20:42

But, on the brighter side..... I tell myself, with age comes change, naturally (it’s the speed of change, with Dementia, that ‘catches us out’). You will get used to this ‘new’ Ash, given time. He is still clearly ‘aware’ of his moods upon you and, I feel sure the gloom will lift soon (I recommend lots of cuddles and, reassurance of your love for him)

Jane said…
Things are actually better already and luckily it never takes me long to bounce back so am sure we'll be fine very, very soon.
2 July 2019 at 08:19