July 16, 2019
Have you been waiting for this?  Each time you've read about how good life is at the moment have you been thinking 'it can't last'?  Well if your heart just sank I can reassure you that it's still much, much better than it was and I know I should be grateful for that.  However even now I'm so unused to being anything other than happy that I find anything less exhausting to deal with.  This morning's blip was fleeting but still served as a reminder that I should never assume that, having got over one hurdle, there won't be another following close behind.

This morning Ash woke feeling anxious just because he'd convinced himself that yesterday we'd had an argument but had no memory at all of the events of the day.  I have no idea where this came from as there hadn't been even the hint of a disagreement but when I look back I did feel all afternoon that something was 'off' but couldn't quite put my finger on what so told myself I was imagining it and shrugged it off which just goes to show that instinct is an amazing thing and shouldn't ever be ignored.  So to this morning when I was completely floored by his pronouncement and felt dispirited and disheartened.  The past couple of weeks have been so lovely and now this but actually as we moved through the day I've realised that it wasn't a complete disasster just because all it took was for me to say with sincere surprise in my voice 'of course we haven't had an argument, what makes you think that?' and everything was back on track.   So as long as we don't start back at square 1 each time I think we'll be ok.

Now I'm off to start reading 'Contented Dementia' by Oliver James all over again because there was something about the conversation this morning that made me think of Penny Garner's SPECAL photograph album and I feel a need to investigate further.  If you too want to know more  I can't recommend the book highly enough. 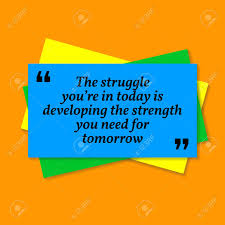