Some people should know better

July 31, 2019
At the beginning of the year, after a long battle, our GP surgery finally managed to get a message about Ash's dementia to flash up on their computer screens when his name was put into the system  This action had been promised and promised but somehow had taken 14 months to achieve.  They also put a message onto his notes that all appointments were to be made through me.  You'd think that would be common sense when dealing with dementia and he had signed the consent form but even now, and with that message, admin staff still phone asking to speak to Ash and then make a big show of checking the notes when I suggest talking to me.  So, anyway, two weeks ago he was called to the surgery with regards to his blood pressure.  We saw a lovely GP who was very helpful but something about her questions prompted me to ask if a message had flashed up on her screen regarding Ash's dementia.  It appeared that it hadn't so she immediately emailed the practice manager to get the system working again.  Yesterday we went back for a blood test and saw one of the health care assistants.  Again I asked if the message had come up on the screen.  She couldn't remember so had a look and said yes there was a message about booking appointments through me which wasn't quite what I meant but what really stunned me was when she asked 'why does it matter?'  I was (almost) struck dumb and couldn't gather my thoughts quickly enough to say everything I really wanted to say but managed to tell her it would help so that staff would know not to ask questions.  She told me she'd nursed patients with dementia and been on lots of courses but had never heard that before.   She then decided it must be new thinking and that it wouldn't be long before they reverted back to how it used to be.  When we got outside I stood quietly and banged my head against the wall!

what I'd really like to know is whether this is confined to our surgery or our county?  Are there areas in the country where dementia is taken seriously by the health service and, for those followers in other countries, is it just us or do you struggle too? 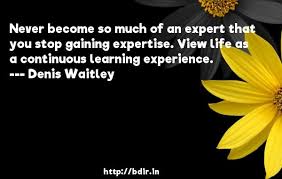 Lesley said…
I don't know about dementia specifically, but I do know that health care professionals rarely seem to know as much about a disease as the sufferer of it. With my son's Crohns and fibromyalgia we have had numerous occasions when symptoms have been dismissed as 'nothing to do with it' and then later, sometimes years later, it has been proved that, yes, actually, there is a connection. It is incredibly frustrating to be dismissed out of hand when you KNOW what is happening and what works and what doesn't and it's easy to get angry on such occasions. It is well past time that patients' experiences are really listened to and acted upon.
31 July 2019 at 19:29

Ann said…
Sadly, not just your surgery Jane nor just your experience Lesley. After many exasperated attempts to get someone to listen, my favourite observation is that ‘the left hand does not seem to know what the right hand is doing’!

With regard to Dementia specifically however, I do wonder if it’s because it used to be, until only recently, classed a ‘social/ mental health’ issue rather than the medical problem of ‘brain failure’. I do hope that with more awareness of this disease and increasing amounts of research, some of these issues with the medical profession’s seeming inability to get to grips with ‘joined up thinking’ will ease.

Jane said…
Yesterday, to my surprise, someone from the surgery left a message on my mobile asking me to phone back and make an appointment for Ash next week. This is the first time since his diagnosis they haven't asked to speak to him so we may be getting somewhere (but I'm not holding my breath).
3 August 2019 at 18:25