July 24, 2019
Yesterday morning I started writing a post smugly telling you how relaxed our life had become.  Ash was even tempered and smiling all the time and everything was right in our world.  I went out for a couple of hours coming home to him about to watch the news to see who our new prime minister was going to be and then joining me in my sanctuary when I put the tv on in there and it was all lovely.  He then took me outside to show me what he planned to do in replacing the floor of the log shelter and asked if I wanted to go with him to buy the decking so we were still ok.  However he then discovered that the decking wasn't in stock where he'd planned to buy it.  I suggested a couple of other places and rang them but they didn't have it, we could however order it over the internet so I asked if he wanted to do that and apparently yes he did.  I ordered it and told him it would be with us in four days and that was where it all started to go horribly wrong.  He needed the decking NOW and no amount of me telling him that it wasn't available anywhere in the area helped so he stormed out and went for a walk.  At that point I thought we were right back at the beginning of the awful times we've had recently but we weren't.  As soon as he came back and saw I was upset I got a hug, an apology and a reasoned discussion about what had happened and why he felt the way he did.  Being able to talk about it really does make all the difference and if we can have that then the bumps along the way are manageable I think (and I will try much harder to not become complaisant, I really should know better by now). 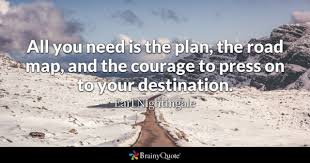