The great outdoors - then and now

July 18, 2019
Having dementia in your life isn't all bad I've decided.  As a result of dementia I am spending a summer in the garden for the first time in 28 years which is definitely a plus.  On top of that there are regular days out with friends, catch-ups with other friends for coffee or lunch and a general feeling, when things are going well at least, of relaxation and well-being.  However some things don't feel quite right.  People will tell you that the essence of your loved one is still there and that you just have to look a little harder for it but yesterday when a friend asked whether Ash still walked around in bare feet I had to say no and that's when I realised he really is disappearing in front of my eyes.  Once upon a time he was renowned for this and from March to October it was with a sense of pride that if he wasn't working he would be in shorts and bare feet regardless of the weather.  We have been turned away from Windsor Castle due to the lack of footwear, asked to leave Tescos and refused service in a number of pubs and restaurants (even in Australia) so the fact that he now can't even bring himself to wear flip flops is a big deal.   It's definitely socks and trainers all the way (although he does still wear shorts when it's very hot) and this feels very wrong.  The essence of the Ash I once knew and loved is no longer there.  This was a man who had a great love of the outdoors spending summer days mowing the grass, insisting on supper on the patio while admiring the amazing view over the Lincolnshire Wolds,  spending evenings sitting in front of the outdoor wood burner listening to the radio, ensuring we always had charcoal in as you never know when you might want a  BBQ and on and on.  Now a look of pure panic comes over his face if I even suggest spending any part of an evening outside so I sit enjoying the peace and quiet by myself which is lovely but not quite the same.   I try not to be sad about this but sometimes it feels as though life is drifting away from us and all that outside 'stuff' is something we'll never get back.  There will be no more 'grabbing an OS map and seeing where we end up' as he can't cope with anything unorganised, no 'BBQs' because he panics if he doesn't have the tv in front of him throughout the meal, no 'spending the evening listening to the radio in the open air' because he needs a visual in front of him after 5pm.  I could go on but I won't as I'll only get melancholy and that's no good for anyone but what I'd like to know is would it have been better never to have done those things because then I wouldn't know what we're missing or is it better to have the memories to look back on?  Of course I know the answer and wouldn't have missed any of it for the world but there is a big gap between then and now and that is because, whatever anyone tells me, the real Ash is very definitely 'missing in action'. 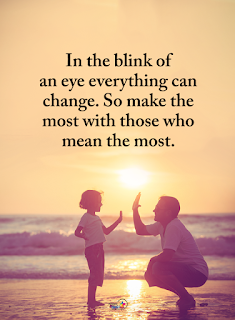 Ann said…
Apart from a few details, this is my/our life in a nutshell. Like you, Jane, I’m so grateful for the memories of better times, and try to make the most of every bit of happiness there is in each day. Before Dementia it was the adventures, now it’s the tiniest of moments. But they are still there, if you look for them, as I know you do too Jane.

Also, time with good friends and family, has become my lifeline. Especially, as my beloved would have me by his side 24/7 if I let him, with the added danger of us both becoming agoraphobic.

Jane said…
I will stay strong, in fact that is almost my mantra nowadays and the alternative doesn't bare thinking about. I think it's the adventures I miss the most even if they sometimes drove me crazy in the past!
19 July 2019 at 13:49