Yet another new skill to add to the list

July 15, 2019
I've just read something that made me stop and think.  That something was a quote which said 'An Aries is a master at taking charge' and that was Ash (an Aries to his fingertips).  To outsiders it may have looked as though he did as I told him but it was an illusion and a private joke between us.  I always knew this but it's only as I write about my newly acquired skills that I realise how spoilt I was.  Over the past few years, and certainly since the diagnosis,  I've had to learn to garden, to mow the lawn, to cook, to get fish and chips from the chip shop, to sort out IT problems, to organise log delivery and to plan driving routes.  Today I added to that list washing the dog.  In my defense I'd like you to know that I always helped with washing the dog as he hates it so it's generally taken two of us.  This is quite odd actually as he's a spaniel and loves nothing more than to dive into a stream no matter how deep but having a bath is a completely different thing apparently and at the first sight of a bucket of water and a bottle of shampoo he'd head off behind the nearest large shrub to hide.  So he hates being bathed and I've always helped by holding the lead but today I had to take charge.  The water and shampoo were necessary because somehow, and without leaving the garden. he'd managed to roll in something very, very smelly so I arrived home from a morning out to a stinking house and a bewildered Ash who had no idea how it could have happened.  Anyway bathing a miserable dog provided a bonding experience for both of us and once again showed me I can take charge when necessary (even if I'd rather not have to) and that with every new skill I learn my confidence goes up a notch.. 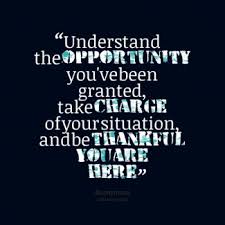