August 19, 2019
I know I don't say this very often nowadays but today was absolutely lovely.  Yesterday I started to clear a flower bed which had become overgrown with some shrub or other.  I know very little about gardening but have got to the point where I think if I don't like something then it's ok to dig it up even if it's amazingly healthy and has flowers all over it and yesterday decided this particular plant had to go.  That first bit I cleared gave me so much satisfaction that I was outside in the garden at 9.30 this morning pulling/digging at roots and getting rid of buckets and buckets of the stuff until there was so much clear ground that I could begin to think what to put in it's place.  I've never, ever felt so much in control of the garden and it's a great feeling.  Added to that I spent the time topping up my tan while listening to an audio book so feeling good all round.

Ash was also in a particularly excellent mood and spent his day painting the trellis at the back of the patio so we were both productive and both seemed to have ended the day with a sense of achievement.  Not something I can count on too often so much appreciated when it happens.

What I have noticed is that, whereas Ash has spent the past two summers doing absolutely nothing, since I've been spending time sorting out the garden he's once again taking an interest in making it look nice and to that end has painted the summer house (AKA 'The Shed'), the side gate, the log shelter and now the trellis.  He also has plans to paint the fence along the side of the garden and possibly, if I stand still long enough, me into the bargain.  He doesn't work as fast as he used to and doesn't do as much as he used to but the fact that he's taking a pride in it all again is wonderful. 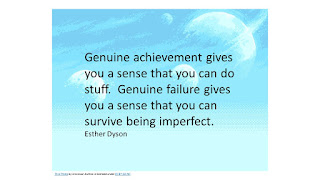 Lesley said…
I love nothing more than working side by side with my other half in the garden or on the allotment - it's the best therapy for ills of the world, whatever they may be. I reckon you will soon be completely and utterly hooked!
19 August 2019 at 21:00

Jane said…
Think I'm a bit of a fair weather gardener though and the chance to top up my tan definitely helps. Also, although we were both out there can't say there was any feeling of working side by side however it's certainly better than it was a few months/years ago.
19 August 2019 at 21:34