Another difficulty is about to raise it's head

August 04, 2019
I know it's still summer but with Ash replacing the floor of the wood shelter my thoughts have been turning to log fires and the wood needed to keep the fire going every night.  Over the past few years we have often put things such as old garden chairs to one side to chop up for kindling and have collected branches and logs from various places, some from friends, some from the side of the road, some from woodland walks,  all of which have been put into Ash's 'wood yard' (small area at the back of the patio) ready for when we need them.  Ash has then used a variety of implements (no idea what they all are/were) to chop, split and reshape so that we've been able to have a wood fire every winter night for the past 34 years.  So this has been going on for quite a while but then I noticed him buying bags of sticks each week because apparently we'd run out which I thought was odd but didn't question it and let him carry on.  Then we had the final fire of last winter and he told me that was the last of the logs which again I thought was odd but didn't question.  Today I went into the 'wood yard' and saw lengths of branches piled up but when I asked the obvious question I was told that they weren't worth burning so he was going to dispose of them.  Those of you who don't have wood fires might not know that a load of logs cost £90.00 minimum but I do know that so suggested that it might be best to make the most of what we had which led to anxiety and stress in all areas so I left it.  I also noticed the piles of wooden garden chairs and bags of small pieces of wood waiting to be chopped into sticks  but didn't mention those as one lot of stress at once is quite enough I've discovered.  Anyway, once Ash had gone out for a walk with the dog, I got some of the small pieces of wood out and tried my hand with the axe producing, to my great satisfaction, quite a pile of neat sticks so that's one problem solved.  The other problem is slightly more difficult however and that will be getting Ash to show me how to work the chainsaw so I can reduce the stacked branches into a suitable size for the fire.  If I can persuade him to show me that will be great but I've never used one before so am just hoping I survive the winter with all my limbs intact.  I do have faith though that this will be yet another skill I can add to my CV and how cool will that be! 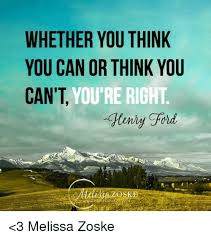