August 01, 2019
Dementia really is one of the most frustrating diseases/disabilities.   Decline and improvement seem to run parallel and just when you think you've got a handle on everything the ground shifts beneath your feet.  I've noticed a slight decline in Ash's speech recently and he seems to struggle to find the right words for what he wants to say.  Having said that so do I on numerous occasions so maybe this has nothing to do with dementia.   I think it does but what do I know.  His eating has also slowed down and he's stopped making any contribution to the weekly shopping list and then there was the day last week when we were watching some children playing out on the field in front of our house and he pointed to one of them and said 'is that .............?'.  The boy he was pointing at did bear a resemblance to one of Jake's peers but that 'boy' is now in his 40s and this boy was around 9 years old so that stopped me in my tracks.  On the improvement side of things Ash is back to doing DIY with a certain amount of confidence.  It might not all go as smoothly as it once did and it generally takes at least twice the amount of time it would have done but at least he's not fazed by it and this is a great improvement on a year ago.  He's also becoming gradually more sociable although again there is a caveat to this in that I've realised he likes to be on home turf.  In the village he's generally ok, out of the village he has to pluck up courage.  The real test of this will come with the annual church coffee evening on Monday.  We always used to go and for years and years Ash manned one of the games.  Last year he didn't want to mix with people so stayed at home while I went on my own.  Watch this space for what happens next week.

So as always this life with dementia sees us moving backwards and forwards on a regular basis.  Some areas see an improvement, others a decline and then it's all change and those areas which had improved move slowly backwards where others that we once thought were completely lost to us come to the fore.  Is there any wonder we're told to live in the moment and make the most of what we've got? 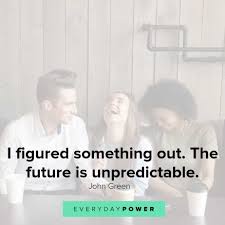 Like you, I try to (cautiously) celebrate the ‘improvements’, but now I don’t get too excited because the next moment something happens that makes me realise that things will never go back to the way they were. But, hey, let’s carry on enjoying the good moments 😃
1 August 2019 at 22:01

Jane said…
and there are good moments aren't there just as there are improvements but the trick is to remain grounded and not get carried away.
3 August 2019 at 18:23