August 08, 2019
Two years ago my mum began acting out of character and, amongst other things, accused people she knew well of stealing from her.  We knew this wasn't true and produced the evidence but she wouldn't listen.  In addition to that she was frequently confused and forgot things on a regular basis to the point where it was impossible to have a conversation with her and she said over and over 'my head is fuzzy'.  Both her GP and I felt it was the onset of dementia and a test was arranged.  She didn't do well on that test.  Not only did she not know what day it was or what year, she thought Margaret Thatcher was still prime minister, she had no idea where she was and couldn't tell the nurse anything about what she did day to day.  Part of the test, as some of you will know, was to draw a clock and then add the hands to the time given by the nurse.  She could draw the clock but couldn't get her head around what she was asked to do with the hands and just gave up.  Then at the beginning of March she had a bad fall and spent four weeks in hospital where the confusion increased (to the point where she was looking in cupboards for her car keys and passport ready to go home).  When she moved into a home for a few weeks while I made sure she was ready to go back to her own home she was still confused and the manager eventually said that she felt mum had dementia and they couldn't meet her needs.  At my wits end I found the home where she now lives and moved her there fearing the worst.  The first couple of months were a little difficult and often she would ring asking when I was taking her home but I stuck with it and suggested she stayed for a while longer until she was feeling more herself and at the same time arranged for another memory test just to see what to expect.  She had that test last Thursday, three months after moving there, and the experience was amazing.  I was with her last time and I was with her this time and couldn't believe the difference.  Not only could she answer the vast majority of the questions but she also drew the clock perfectly and even corrected the spelling on something the nurse gave her to read!  Considering she took the test after a visit from the local nursery earlier in the afternoon, two games of scrabble with me and after tea because the lady was late I was overwhelmed with relief (for me as much as for her - I'm really not a saint).  It's so easy when someone becomes confused and forgetful, especially when they're 90 years old, to immediately assume they have dementia but there can be other reasons too.  In my mum's case she is now getting three proper meals a day, is taking her medication at regular times and knows she has nothing to worry about.  She has people to talk to all day long and activities to occupy her mind all of which have contributed to her well-being to such an extent that I feel I've got my mum back. 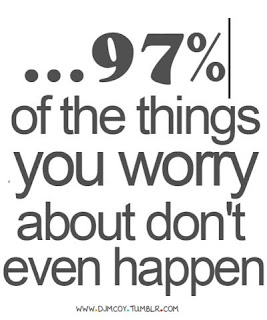 Lesley said…
This is brilliant - so, so pleased! Isn't it amazing what a difference that care has made, just fantastic!