Living in the here and now

August 14, 2019
In the 'Practical Help' section of this blog I've recommended three books up to now, 'Contented Dementia' by Oliver James, 'Somebody I Used to Know' by Wendy Mitchell and 'Five Ingredients' by Jamie Oliver  (that last obviously isn't aimed at those with dementia but has transformed our lives anyway by inspiring me to cook quick and interesting meals rather than a weekly menu on repeat).  I now have another book to add to the list which is 'My Bonnie; How Dementia Stole the Love of my Life' by John Suchet.  A friend had told me about a programme John had been on recently to promote a book written by his new wife but his was one I'd heard about a long time ago, had meant to buy but never quite got round to it.  The programme prompted me to have another look and now I can't put it down.  Although not yet very far into the book what has struck me is how often he is about to remind Bonnie about something they've done or a place they've been in the past when he manages to stop himself by saying 'don't try and bring her into my world'.   I do this a lot, thinking it's helping by giving us common ground and something to talk about but this had made me think.  Does Ash remember or is he just agreeing with me because he doesn't want to admit that the memory's gone?  Does he feel uncomfortable because he doesn't remember or is he ok with me 'reminding' him?  Having thought about it my new challenge now I've decided is to try and stop mentioning things we've done in a previous life.   I'll still have the memories but I've realised I don't need to discuss them.  Instead I can hug them tightly to me and use them when times are difficult.  Ash really doesn't need those memories (he's more than happy in the 'here and now' which is something I'm actually quite proud of) and I know they're not going to disappear just because we don't talk about them any more but I'm so glad we made them. 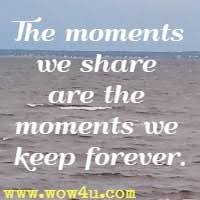 Lesley said…
That must be incredibly hard - the temptation to keep grabbing at memories in the hopes of finding some shared ground again must be so strong. But I think you are right, and living in the here and now is what we should all do really. Making the most of THIS moment has to be the best way to live. So, good on you and good luck in kicking the habit of 'reminding' about the past.
14 August 2019 at 21:28

Jane said…
Not sure I can totally live in the moment as sometimes it's the memories that get me through but the 'shared past' is now I think only an illusion which Ash might be better off without.
14 August 2019 at 22:19

Ann said…
Mmmmm this is an interesting point of view, but I personally wouldn’t make ‘not talking about past shared wonderful experiences’ a hard and fast rule. It all depends on the person living with dementia.

I say this because my beloved loves nothing more than to talk about the past, in fact he tells the same stories (places we’ve visited, his past career etc) over and over again. What he doesn’t like mentioning are generally to do with the sports he can no longer participate in (Tennis, being the main one). So in our case the ‘past’ is a lovely place to revisit, it’s the ‘here and now’ (short term memory) he has difficulty with.

Only you know what works for you as a couple. Obviously if certain subjects cause distress, then I’d avoid them ‘like the plague’, but if they give the person with dementia pleasure to be reminded of, especially if you back them up with photos, I can’t see that’s someting to avoid.

Jane said…
You're right Ann. Ash does talk about the past but it's usually from when he was growing up. We have a friend in the village who grew up in the same town and there's nothing Ash likes to do more than talk with her about places they both know. It was more that I need to stop myself saying 'do you remember when ........?' He never does and so neither of us get anything out of the conversation and it just seems to show up how much he's forgotten about 'us'. This morning he threw me though because there was something on the radio about Villamoura in Portugal and he remembered we'd been there and said so. It was one of our least memorable holidays as far as I'm concerned and he didn't remember the details but his comment did take me by surprise.
15 August 2019 at 07:31

Ann said…
Yes indeed. It’s best not to ask the question “Do you remember when...”, but just wait until the subject (whatever that may be) comes up naturally (usually the TV or radio etc)

If I want to reminisce with my beloved, I don’t say much, but I get out the old photographs or look that place up on my iPad. He can’t resist asking what I’m looking at, which then sets the scene for a lovely discussion. Naturally, he can’t remember the details, and I don’t remind him if he remembers something incorrectly. It really doesn’t matter.

Lesley said…
I love your comments, Ann - that is all so helpful. Gentle conversation starters, like a photo that can be commented on or not, mean there is no pressure. Finding subtle ways like that makes all the difference. And asking whether a topic is of interest or not also makes eminent sense. Jane, I always feel Ash enjoys talking about his experiences in the police as well, especially the earlier days of his training. He's got some good stories to tell!
15 August 2019 at 14:35

Jane said…
You're right he does like talking about his time in the police and I've also realised that he loves talking about all the work he's done on the house over the years. Might get the old photos out of that and see what he has to say.
16 August 2019 at 08:57